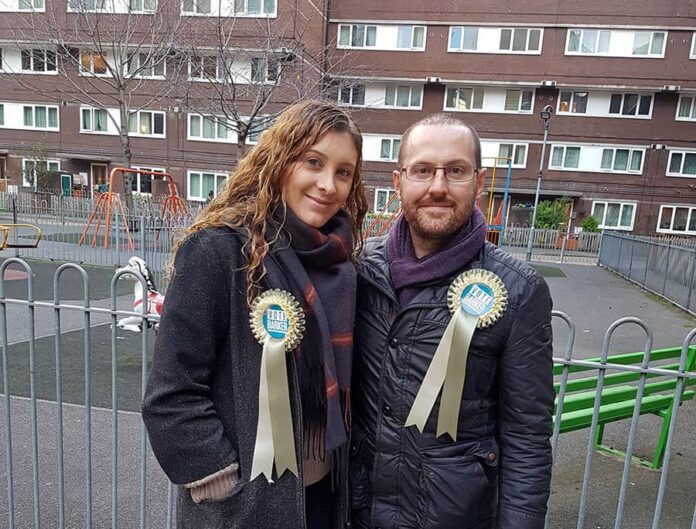 DAVID BARKER may have come up short in the race to become a Portsoken Common Councillor in March, but that hasn’t stopped him getting back in the saddle ahead of the ward’s Aldermanic election next month.

Mr Barker, who last week declared his candidacy in what is shaping up to be a hotly-contested vote, is pulling no punches on his campaign trail either, stating that he wants to reconnect the authority with “forgotten” residents.

“Constituents feel left behind and forgotten as the City has progressed and got richer,” he told City Matters.

“They are tired of nothing changing or everything taking too long – for example one resident in her 80s has waited a year to get broken lighting fixed and she has to walk to her flat scared in darkness.

“This is simply not good enough and is so easily fixed. What maybe are seen as small things by the City are big things when it affects you as a resident and I will ensure these are put right.”

The Internet entrepreneur cites the juxtaposition of Portsoken against the City’s wealthy backdrop as a driving force behind his move into politics.

At 53%, Portsoken has the highest rate of child poverty in the UK, and despite losing out in March’s vote, Mr Barker believes it was a necessary learning curve to introduce himself to the electorate.

“I knew my chances of election were low, but it helped me to better understand the community and show everyone who I was and my commitment to stand up for people our broken system and politicians have left behind.

“Following this, when Theresa May called a general election, this gave me a chance to stand again, this time as an Independent MP in Poplar & Limehouse, Tower Hamlets, where the child poverty rate is the third highest in the UK despite being home to Canary Wharf.

“Again, whilst I was realistic that it was unlikely I would be elected, it gave me a chance to highlight this social injustice and the need for government and politicians to do more.”

Rather than stew over his defeats, Mr Barker moved to ingratiate himself into the Portsoken community, a decision he says is not typically in keeping with candidates who fail to garner enough support to take office.

“I feel I have earned the respect of Portsoken residents since March by not disappearing after I didn’t get elected – which is what normally happens,” he said.

“I actually stayed involved in the community, helping to co-create the Portsoken Chess Club with local residents, while my wife Sofia is teaching at the new Spanish language classes. We have also moved to Strype Street, just off Middlesex Street, to really be part of the community of Portsoken and Aldgate.”

Hailing from a poor community in Manchester, Mr Barker has witnessed first hand the harsh line between the haves and have-nots. It is why social mobility will top his agenda should he take the Aldermanic hotseat.

“I managed to break free from unemployment into a career – but many of my friends were left behind by the broken system that left them in long-term unemployment and poverty.

“It doesn’t have to be this way and yet we continue to elect the wrong kind of politicians who say the right things but have very little influence or just want the power and position. This focus on social mobility is a thread which runs through all aspects of my life, including the projects I work on.”

Specifically, Mr Barker is a project director for a social enterprise called Placer, a firm with a mission to widen access to work experience opportunities for all young people, both in Portsoken and nationally.

“Although work experience is at the heart of what we offer, the project is bigger than that. It’s about how we can improve social mobility across the country.

“Portsoken suffers serious injustices in the richest Square Mile in the world. This has to change and I feel my background and experience can influence change.

“In fact I exited my internet business in 2004 to focus on this issue and have spent the last 13 years dedicated to the cause.”

Having taken part in two elections already this year, many would have forgiven Mr Barker if he decided to take a breather and let the other candidates duke it out. But he says an external force had a major influence on his decision to join a third race inside 10 months.

“I hadn’t planned to stand this year for the Aldermanic election as I thought Henry Jones, who has been a dedicated councillor for many years, would.

“When I found out Henry wasn’t, and I heard who the likely candidates were, I had to act – none of the candidates, I felt, were right for what’s needed.”