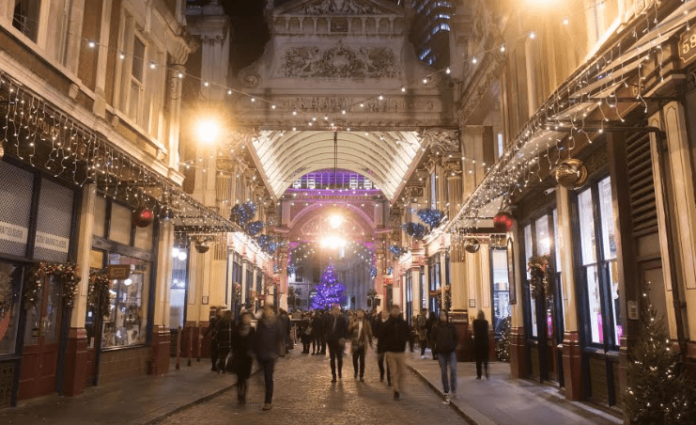 CITY Police has announced a dedicated operation to help prevent people from becoming victims of crime over the festive period.

“Keep your wits about you” is the overarching message coming from the force this winter, with more officers scheduled to be on the beat at peak times throughout December to build on declining crime rates locally.

Last year, the Square Mile experienced fewer instances of violence (140) during Christmas compared with the same period in 2015 (154).

Assaults were the main type of offence, both with and without injury, and some of the most frequent areas for violent offences were the busiest parts of the City, such as Bishopsgate, Liverpool Street and Gracechurch Street.

More than half of the total reported crimes (83) were committed after dark.

However, just because violent crime is on a downward curve, officers are still warning the Square Mile of opportunist thieves hoping to exploit the Christmas rush.

“Thieves see the Christmas period as an ideal opportunity to take advantage of people, when their attention may be elsewhere for a few minutes – such as when buying a gift or enjoying a drink – without a single care about the consequences this may cause for the victim,” said Superintendent Bill Duffy, who is leading this year’s operation.

“They will be looking forward to Christmas just as much as you – don’t make things easy for them, and keep an eye on your belongings at all times when you’re out and about.

“Likewise, it’s also important to know your limits and be sensible when enjoying yourself in a pub or bar – Christmas is a great time of year, and we’ll be working alongside all of our partners, as well as staff at licensed premises, to ensure no one in the City remembers this one for all the wrong reasons.”

A mobile police station, implementation of London Ambulance Service response bikes to improve response times, and an increase in public patrols have all been given funding ahead of Santa’s visit.

Spt Duffy added: “You can help us keep busy and popular events safe by being vigilant for anyone or anything that looks out of place or suspicious, and reporting it to us on 101.

“If you have any questions or concerns, our officers will be on hand to assist you.”