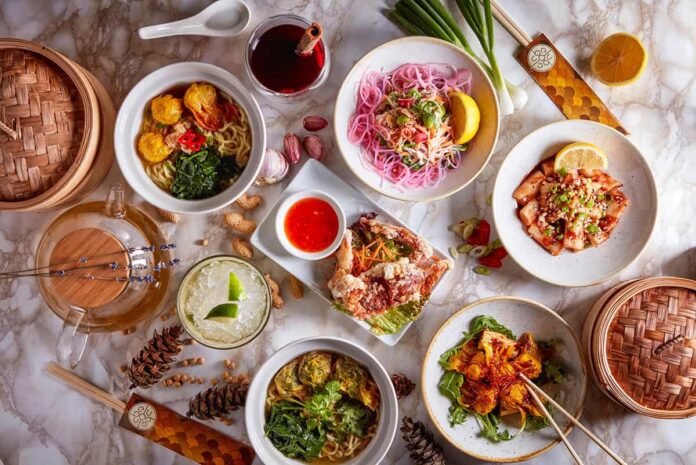 Little more than two miles separates St Paul’s from Soho’s Gerrard Street, otherwise known as London’s Chinatown, but to those seeking a bite to eat they might as well be on different planets.

The former is known for its mix of slick upmarket chain restaurants and staunchly traditional boozers, while the latter is home to some of the Capital’s best dim sum; served up on a rotating Lazy Susan and usually without a smile.

So it might be with something resembling trepidation that fans of the latter would approach the former, and its branch of dim sum chain Ping Pong, one of eight across the UK. But that would be judging a Chinese restaurant on its lack of lanterns.

The Ping Pong brand doesn’t claim to offer the brash decorations and trolley service proffered by its West End counterparts, nor does it attempt to compete with the high-end Cantonese fine dining restaurants with Michelin stars coming out of their steamers.

The USP here, rather, is a casual, efficient and downright delicious approach to shareable southern Chinese cuisine that is clearly working in the City as an accessible entry point to dim sum.

Think pork and prawn shu mai topped with goji berries, king prawn and garlic butter dumplings made with squid ink pastry and, in a recent and most obvious nod to modern tastes, ‘unicorn’ noodle salads that change colour to pastel blue and pink with a squeeze of lemon.

It’s all delicious, with the exception of the aforementioned vermicelli noodles, which somewhat unnecessarily adopt the latest hair trends, perhaps to try to distract diners from a distinct lack of flavour.

Our Shanghai chilli chicken wontons, another new addition for autumn, pack a punch, while the har gau’s translucent pastry is light enough to showcase, rather than overpower, the delicate prawn and bamboo shoots inside.

Start with a couple of prawn balls, a Ping Pong speciality wrapped in crisp shards of pastry, and follow with the duck bao; fragrant shredded meat with as much hoisin as your fluffy buns can carry. There are teas aplenty, of course, ranging from the mellow white peony to the full-bodied China Black, but we imagine those are long wheeled away as the crowd on a Thursday night are drinking fruity cocktails in copious amounts. 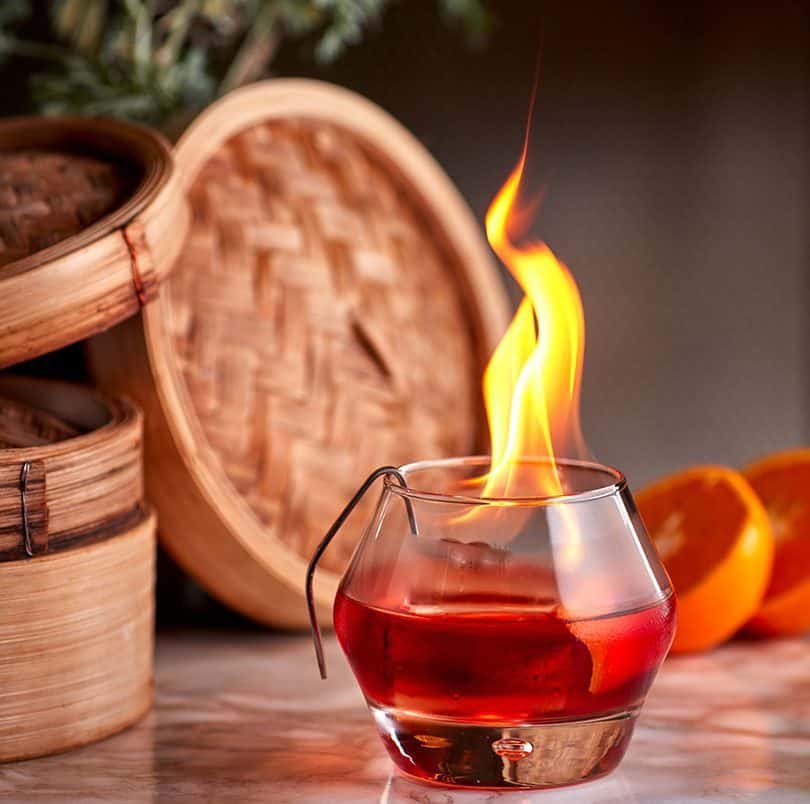 These take the more modest form of classics and flavoured martinis – the gin, rose petals, fresh lemon and lychee juice is light and not too sweet – or the slightly terrifying sharing cocktails, which diners are encouraged to shake at the table in a move that is made for Instagram’s ‘boomerang’ function.

Sure enough the table next to ours is shaking the pitcher like a Polaroid picture as wait staff efficiently, and good-naturedly, rescue their paper menus marked with the group’s order from the ensuing spray.

Yes, we’re a long way from Gerrard Street and there isn’t a red lantern in sight, but this brand of dim sum still has its place on our Lazy Susan.