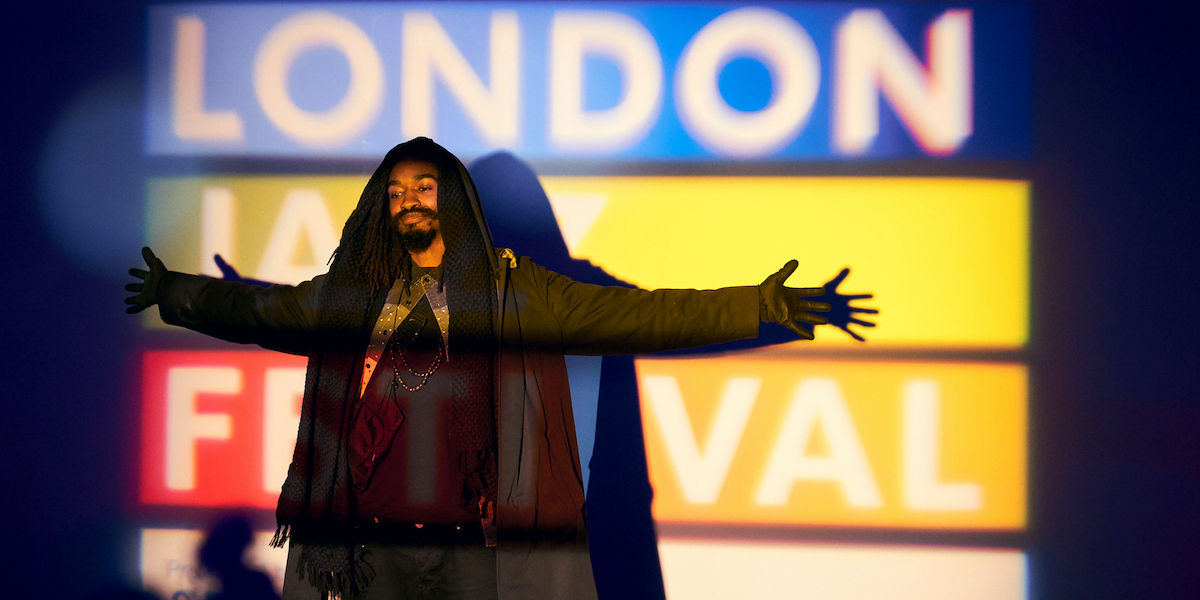 The show must go on! This is a motto the EFG London Jazz Festival is sticking to this year as they totally reinvent the series of performances, running from 13-22 November.

Socially distanced live shows were going to go ahead, but that has been scrapped now that we head into another nationwide lockdown. The festival now takes to the web, with a huge lineup of online performances to keep us sane while hiding away at home.

But the fun doesn’t end there, folks. They’re also commissioning a bunch of streamed films to be shown throughout the festival while holding Zoom music masterclasses and kid friendly online experiences. A bunch of the Festival’s concerts will even be broadcast on BBC Radio 3, BBC 4 and Jazz FM so you can easily take part while you’re working from home and busy doing other stuff.

Pelin Opcin, Director of the EFG London Jazz Festival, said “In this unprecedented year, we’ve managed to transform the challenges into a positive motivation.

“Inspired by the creative response of artists, musicians and the scene in general, we’ve worked together to make the Festival happen and can’t wait to share the buzzing music of the UK, alongside unique performances by international artists with a global audience”

These guys are making it so much easier to support the arts right now, so read on to find out exactly how you can enjoy this year’s musical performances.

The Festival’s signature opening night, Jazz Voice, brings an array of singers and surprise guests to Cadogan Hall, directed by Guy Barker and band, featuring China Moses, David McAlmont, Zara McFarlane, Luca Manning and Cleveland Watkiss, hosted by Jumoké Fashola. The show was going to have a live audience but will now be performed to an empty theatre.
13 November

The week-long Guildhall Autumn Jazz Festival concludes just as the EFG Jazz Festival begins. And they both share the epic performances by The Exiles and (Im)Possibilities. The festival showcases emerging talent and new voices from Guildhall’s thriving and eclectic community, and features performances by current and past students.

Since its inception, students from the Guildhall School have collaborated with young aspiring musicians, poets and leading international jazz musicians to create new musical hybrids, under the artistic leadership of guitarist, educationalist, composer and Sun Ra archivist Paul Griffiths.

Head to the Jazz Festival website this November for an interactive musical session for children aged 2-6 and all the family. This fun and dynamic digital show, led by Juliet Kelly, introduces kids to the wonderful world of jazz as they explore a range of sounds, techniques and styles through a well-known children’s story.
14 November

The inaugural Take Five presents features performances by 10 artists from the last two years of Take Five, who Serious have commissioned to create a bespoke video of a performance of some of their newest material which will be broadcast throughout the festival.
14-20 November

22a, founded by Tenderlonious, have established themselves as one of the most respected and important independent labels in the UK underground music scene. And for this very special EFG London Jazz Festival performance, the label’s maestro Tenderlonious will be leading a showcase of material from across the imprint’s artists and releases over the last few years, with music from and collaborations between Ruby Rushton, Nick Walters, his Tubby Hayes tribute The Piccolo, and more surprises, along with a DJ set from Dennis Ayler.
15 November

On Zoom, writer and broadcaster Kevin Le Gendre will present livestream sessions, ARTicle 10: Conversations in the era of Black Lives Matter (referring to Article 10 of the Human Rights Act: “Everyone has the right to freedom of expression”).  He will be joined by six special guests for a series of insightful conversations on race, racism and the need for change within the music industry.

These discussions will address the most burning issue of 2020 and consider the role the music industry has played and still plays in the long struggle for equality.
17-19 November

Saxophonist, clarinettist, composer and band leader Shabaka Hutchings is one of the foremost proponents of the current British jazz scene, playing in a variety of groups, most notably Sons of Kemet, The Comet is Coming and Shabaka & the Ancestors, embracing influences from the sounds of London’s diverse club culture, including house, grime, jungle and dub.

In this concert his background as a classically trained artist will take centre stage. Blurring the lines between jazz and classical music he performs Copland’s Clarinet Concerto, written for the ‘King of Swing’ Benny Goodman, alongside Britten Sinfonia, followed by Stravinsky’s Three Pieces for Solo Clarinet, and a solo improvisation on clarinet.

Britten Sinfonia will conclude the programme with a performance of Copland’s musical portrait of 19th century pioneers, Appalachian Spring, which brings together traditional Shaker melodies with his quintessentially American sound.
18 November

To celebrate the centenary of the legendary Charlie Parker, Gary Crosby has reassembled his all-star band Groundation for a very special performance at Church of Sound. They are some of Tomorrow’s Warriors finest alumni – Nathaniel Facey (Empirical) on alto sax, Shirley Tetteh (Nerija, Maisha) on guitar, Moses Boyd (winner of AIM and Mobo Awards, nominated for Mercury Award) and led by the Godfather of British Jazz Gary Crosby himself.

They’ll be performing a specially curated set from Bird’s songbook, followed by a set of band originals. It promises to be a fantastic tribute to one of jazz’ greatest legends, which is a must-see, even if it isn’t in person.
20 November

The Festival is commissioning a series of exclusive streams with major international artists. This includes a series of films of British artists, including Sarathy Korwar, Rosie Turton and Em-ma-Jean Thackray at Total Refreshment Centre.
16 & 19 November

Developing professionals within the music industry can also upskill in one of the expert-led masterclasses with band-leader Peter Edwards and improvisation with artists Rob Luft and Elina Duni. Moreover, anyone can headline this year’s Festival by joining Orphy Robinson’s Virtual Jazz Club Band, a project which brings people together while continuing to keep our distance.
22 November

Watch the performances, masterclasses and films via efglondonjazzfestival.org.uk