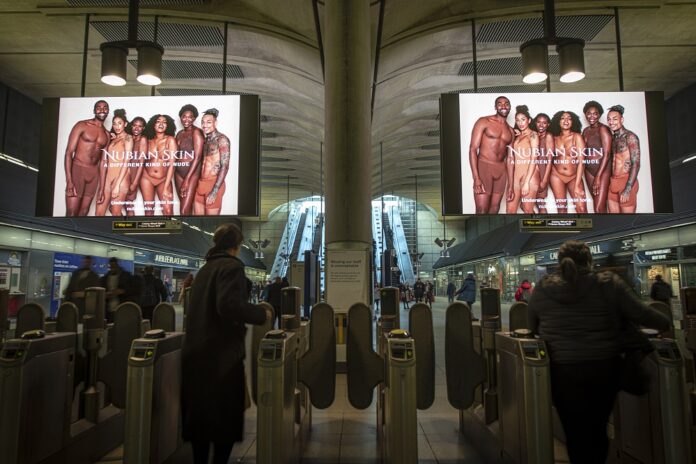 A company offering nude hosiery and underwear for people of colour has won a City Hall prize for diverse advertising.

Nubian Skin will receive £500,000 worth of advertising space on the Transport for London (TfL) network, including Tube stations and bus stops.

The competition, now in its second year, aims to promote ads that reflect London’s black and minority ethnic communities.

40% of Londoners are from minority ethnic backgrounds, but 60% of adverts still feature white models only.

And around a third of black and minority ethnic people think representations they see of themselves are inaccurate, according to a 2018 study by Lloyds bank.

The City Hall competition aims to shift the balance, and praised Nubian Skins for the inclusive range of ages and body types in its campaign.

TfL has faced controversy over advertising in the past – a recent poster by ride hail app Kapten featured a mug-shot picture of a man with the caption “When you recognise your blind date from the news”. 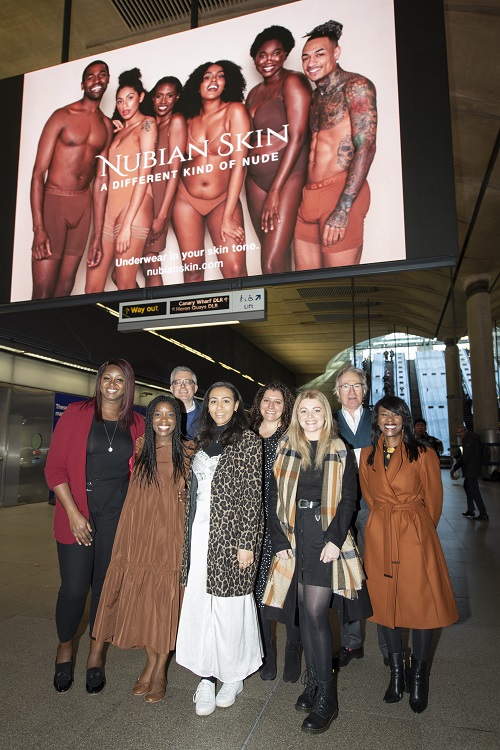 The ad sparked controversy for trivialising the risks of online dating, and was later withdrawn.

A campaign promoting tourism in the Kingdom of Brunei, after it changed its laws to punish gay sex with stoning, was also banned.

A Hostmaker ad encouraging landlords to ditch long-term tenants and a Protein World poster asking passengers if they were “beach body ready” were also scrapped by the network.

Deputy Mayor for social integration, Debbie Weekes-Bernard, said she was “delighted” with the competition’s winning entry.

She said: “London’s greatest strength it its diversity but for too long, the advertising industry has been reluctant to represent the varying backgrounds and identities of its consumers in all their rich complexity.”

Ade Hassan, founder and chief executive of Nubian Skin, said it was an “honour” to win the competition.

She said: “As a small, London-based business it is incredible to know that we will be featured across the TfL system, which in itself carries every day a great representation of the diversity present in London.

“This campaign is particularly important to me because I feel advertising has a very one-dimensional view of what blackness means, and this allows us to give a broader snap shot of what being black means to different people.”