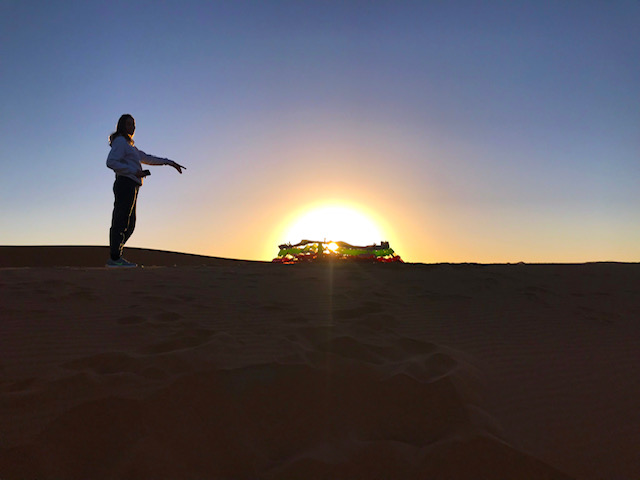 Last week, Dutch artist Nora Kastein held an intimate screening called Who is Nora? in the House of Lord’s. The film showed her art installation ‘Crater‘ being placed into the Sahara Desert. As the sun rose up over the sand dunes, the artificial crater reflected light and wind around it.

Kastein happens to be the first Dutch female do have created an installation in the Saraha Desert – a feat she noted wasn’t quite as straight forward as it may seem. But she has always focused on blending nature with art for past installations. Moving her work into the desert felt like an organic step.

Guests at the screening included many people from the City of London and abroad, who got a sneak peek at Kastein’s creative work before she is set to host an exhibnition at Guildhall next year. Organised by Margin (Art & Media) in association with the City of London Corporation, the exhibition will be held from 1-30 May 2020.

The title of this exhibition is The Hanseatic Route and will show the international trading route which stretched from the City of London to the Netherlands.

This is why the The  Kingdom of the Netherlands Ambassador Simon Smits made his rousing speach at the House of Lords event, mentioning the many links between the two countires – not only in trade but art also.

The Guildhall exhibition will explore the Hanseatic league practices and delve into how modern maritime laws continue to be based off of these events that ocurred back in the 14th century.

This exhibition will be free, running at Guildhall from 1-30 May 2020.