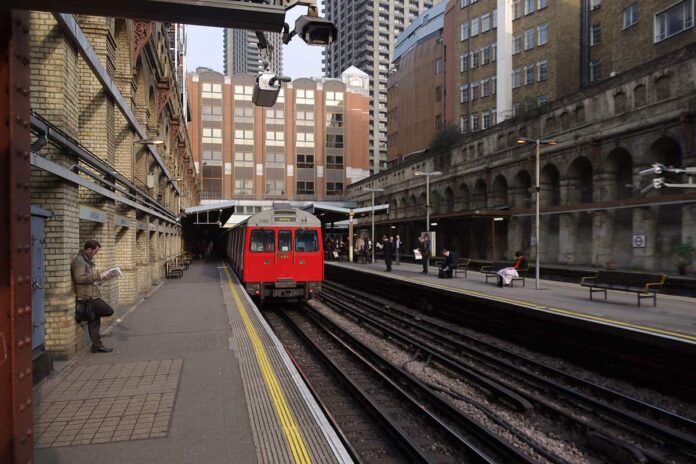 Residents who have told of losing sleep thanks to noise and vibrations from Tube trains rumbling under their homes have had their complaints backed by a fresh report.

But that’s cold comfort for Melissa Bakth’s young family, who bought a Barbican apartment in December only to experience noise from Underground trains on their first sleepless night akin to a “mini earthquake”.

“It’s like being in a thundercloud and the clapping is happening, and it’s pulsing through you,” Mrs Bakth said.

“So that was definitely a night of regret. We’d had a great day of moving in and immediately thought that evening we’d made a huge mistake.”

The trains stop around midnight and start again at 5.06am, continuing about every three minutes throughout every day.

Mrs Bakth said the family had not noticed the scale of it when they first visited the property due to daytime background noise.

The family began talking to neighbours and soon realised they were living in one of the worst-affected blocks, where some residents had been complaining since the 1970s.

An independent report commissioned by the City Corporation has backed claims that noise levels are too high.

Councillors presented with the report agreed on 15 January that it had become a public health issue. Mrs Bakth said she felt “validated” by the report.

“It’s great to know that there is some way of measuring and it’s not just to do with us being sensitive because we’re new residents that we feel it a lot more.”

The Port Health Authority agreed to continue lobbying Transport for London (TfL) to address the problem.

They instead used guidelines developed for HS1, the assessment criteria for Crossrail and the World Health Organisation’s Night Noise
Guidelines for Europe 2009.

Consultants found that noise and vibration was generated by trains running on the Circle, Hammersmith, and City & Metropolitan lines between Moorgate and Barbican stations.

Acceptable vibration levels were exceeded at three blocks, described by the consultants as a low-frequency “rumbling” which shook floors, walls and ceilings, rattling fittings and crockery.

The worst noise levels were recorded at Lambert Jones Mews, which at times exceeded thresholds by 5-15 decibels – significantly higher than the levels recorded by London Underground in 2015, which warranted investigation, the report said.

He said in late 2018 a track renewal project resulted in an eight-decibel reduction in noise and vibration under one block.

TfL was committed to finding solutions for the Barbican, Mr McNaught added.

“We understand the importance of minimising noise levels on the Tube and we are determined to mitigate and reduce noise and vibration where practicable.”

He said London Underground spent about £150million a year on track improvement and maintenance, including rail grinding and new resilient track fixings which help reduce sound when trains run over them.

There was also a £1m annual budget for development of new technology to reduce rail noise.

However, councillors are worried about the effect of the incoming Night Tube, and TfL’s four-lines modernisation project, which TfL said would include insulated joints that should reduce noise.

Cllr Adrien Bastow told Tuesday’s meeting he worried the project, due for completion in 2023, would do the opposite seeing as its objective was to increase capacity on the tracks by a third.

Cllr Vivienne Littlechild accused TfL of failing to address the problem over decades because of funding pressures.

“This is really damaging people’s wellbeing, and that’s one of the other issues we are supposed to be worrying about.

“It’s unacceptable for TfL to keep fobbing us off.”