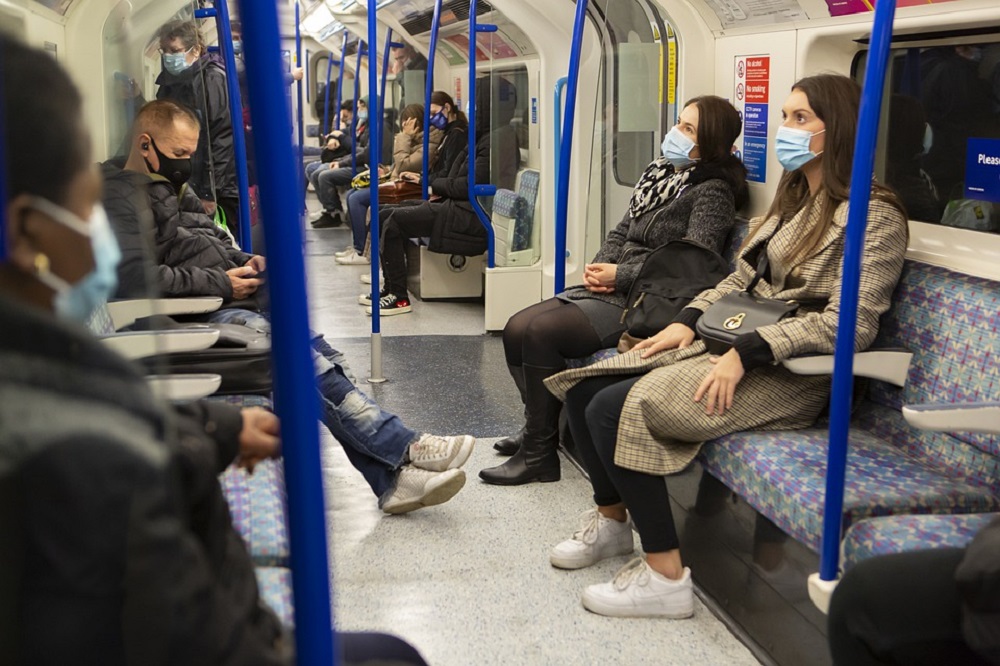 The Transport Focus survey found nine out of ten people felt safe on the trains and four in five bus passengers.

And they found many people wearing face coverings.

The latest Transport for London figures in fact show that 90 per cent of passengers are wearing face coverings.

Currently people are urged not to use public transport unless their journey is necessary to free up space for key workers who cannot do their job at home.

TfL staff and enforcement teams have stopped 137,000 would-be passengers who were not wearing masks since it became law, in June  apart from those who are exempt and younger children.

They stopped 9,800 from boarding and removed some 2,100 people from the transport network, handing them £200 fixed penalty notices.

Passenger group London Travel Watch said the use of face coverings is a key concern for people in the war against coronavirus.

Director Emma Gibson said: “We know from our research the importance transport users in London place on other people wearing face coverings.”

Sister organisation Transport Focus’s research showed that 71 per cent of London bus users and 65 per cent of Tube passengers were satisfied with the number of people wearing face coverings.

However there were low numbers of people surveyed actually using the capital’s transport network – with just three per cent of people quizzed about their reasons for travel taking a Tube and only four per cent hopping on a London bus, whilst 49 per cent of people made their journeys by foot.

However Ms Gibson said those who were questioned were really keen to keep their distance to avoid the risk of contracting Covid.

“Being able to effectively socially distance and cleanliness on board are also important to transport users. Transport operators need to pay particular attention to these factors in order to make the people who have to travel feel safe,” she said.

Its latest research found that 71 per cent of  Tube passengers felt other people’s behaviour was Covid-safe.

The regular surveys have seen a gradual increase in satisfaction from 59 per cent in those quizzed between October 23 and 25.

And 63 per cent were wearing face masks on the Tube, down from a high this autumn of 73 per cent  just after national lockdown ended and people ventured back onto public transport and into the high street to do their Christmas shopping.

Sixty-nine  per cent of the respondents to the February 19-21 survey said they were able to keep a distance from other passengers, the same as the previous survey earlier in the month.

The picture on London buses was similar with 72 per cent of travellers wearing face coverings, according to the survey – up from 67 per cent at the end of January.

And 69 per cent said they could keep a safe distance from others, 77 per cent reporting they felt the bus was Covid safe. The highest satisfaction figure last autumn was at the end of  October, before the second national lockdown.

Train drivers union ASLEF, whose members include London Underground drivers, said it was crucial that everyone feels safe and protected during the pandemic.

General secretary Mick Whelan said: “‘The only way to get Britain back to work is if people feel safe.”

The union said staff have worked hard to make train travel as safe as possible to passengers and their colleagues.

“It is vital that people adhere to the rules, regulations, and advice to keep everyone safe,” it said.