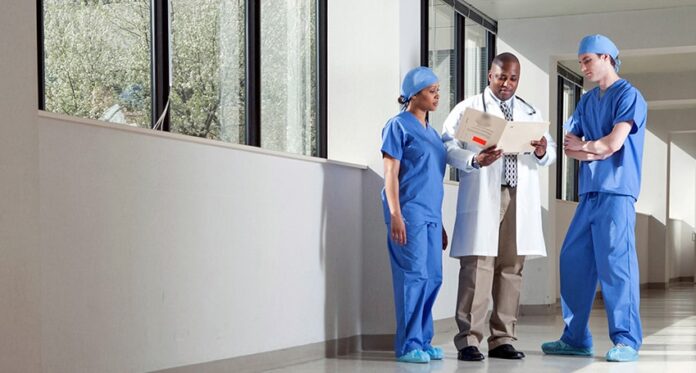 Fears the NHS could face a “staffing crisis” following Brexit have been raised, with vacancies in London already stretching into the thousands.

Trade unions representing NHS workers have been invited to City Hall to answer questions about how the service will cope after Britain leaves the  EU.

There are 20,000 EU citizens working for the NHS, with the figure including 2,312 doctors and dentists, and 7,546 nurses and midwives.

But according to the latest data from July to September last year there are 17,526 vacant posts in the NHS in London.

Onkar Sahota, Labour’s London Assembly health spokesperson, has written to the London Social Partnership Forum calling on them to come to City Hall and discuss what can be done to make sure there are enough workers in the NHS after Britain leaves the EU.

The London Social Partnership Forum brings together NHS employers, NHS Trade Unions and the Department of Health to discuss the health service’s workforce.

Mr Sahota said: “The coming months are a huge test for the NHS, which faces significant risks with Brexit looming.

“Not only does the UK’s exit from the EU present a vast task to replicate all the laws and regulations, it also disrupts recruitment to health services and adds a heavy load of no-deal planning.

“In the best of times, this would cause difficulties. But the NHS is still going through the tightest spending limits since its foundation.

“That’s why I’m asking trade unions to share their expertise and the concerns of members.

“It is doubly important that the thousands of health workers in trade unions are heard in City Hall and across the NHS.”

Mr Sahota will also be raising concerns about the waiting times of ambulances outside A&E for more than an hour.

In the past year the number missing the target has risen by a sixth.

The results of the discussions will be presented to the Mayor and London’s health leaders later in the spring.