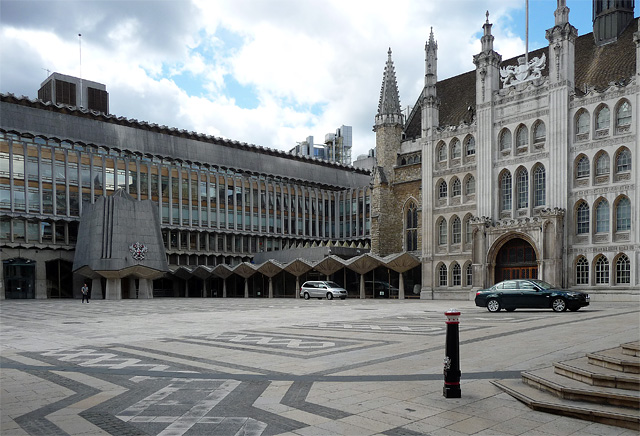 The City is looking for artists in residence to celebrate the achievements of women in the Square Mile and the arts and crafts of people who set sail for America on the Mayflower 400 years ago.

The idea is the brainchild of the new Deputy, Tom Hoffman, who was keen to have an artist in residence at the City of London headquarters at the historic Guildhall during his year in office.

There will be two artists in residence during his term as Chief Commoner, an office which started in 1444.

The first will be asked to create a two-dimensional piece of work celebrating women, while the second will make a sculpture as part of the Mayflower 400 celebrations next year, which commemorate the voyage of the Pilgrim Fathers as they fled England for a new life in America.

The hunt for the first artist will get underway in June and the artist will start work in August. It follows the City Corporation’s series of events celebrating Women, Work and Power, which coincided with last year’s celebrations of the centenary of the first women to get the vote in the UK.

The successful artist will be paid £10,000 for three months work and materials, and it is hoped the artwork will go on display at the City Art Gallery in Guildhall Yard.

They will also be mentored by gallery boss and principal curator Elizabeth Scott. The move was announced at the culture, heritage and libraries committee on 13 May.

Nick Bodger, the City’s cultural and visitor development director, told councillors that the second artist will be asked to create a three-dimensional artwork.

“We will be looking hopefully at doing an on-street exhibition celebrating the arts of the guilds which travelled on the Mayflower,” he said.

The artist will be mentored by the City’s head of cultural programming Laurie Miller-Zutshi.