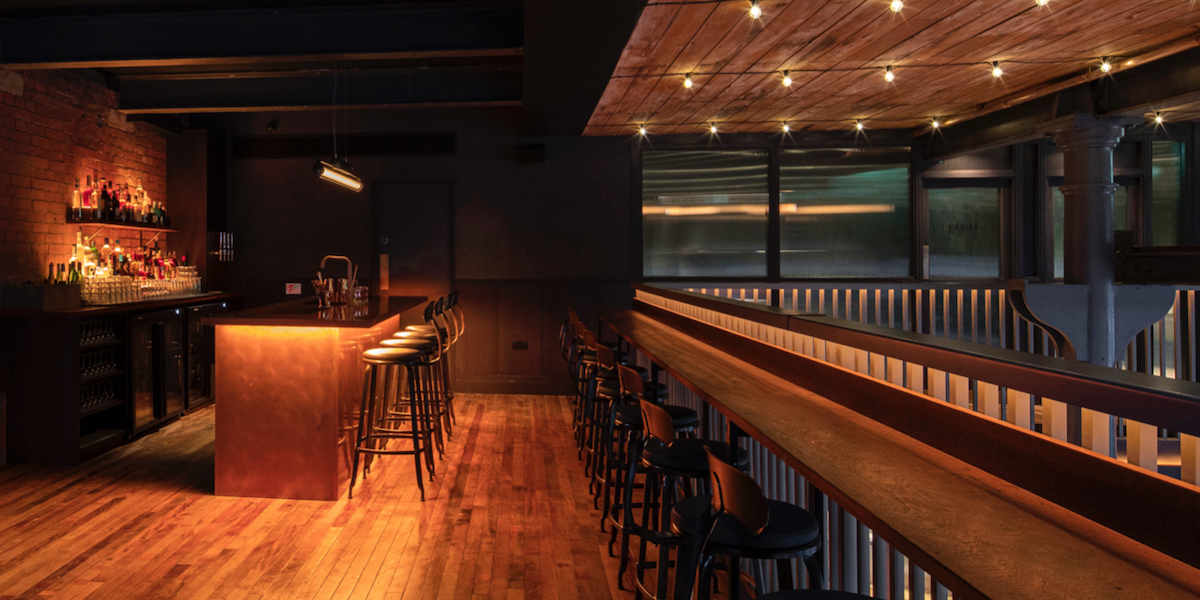 Following the recent opening under its new ownership, The Light Bar is finally welcoming guests inside for big nights of drinking and dining.

Within the former Victorian ‘Great Eastern Light’ power station, (nearly a decade since it was last enjoyed) nostalgia has been stirred with the resurrection of this iconic Shoreditch venue, famous for its legendary nightlife.

New owners and long-standing Hackney residents Morten Jensen and Darren Collins are on a mission to bring the ‘original Shoreditch’ vibe back to the area, now revealing The Light Bar’s multiple drinking areas and music events, alongside the restaurant’s food offering from chef Johnnie Collins. This space is massive. And looks wicked.

Sustainability is also a key focus throughout The Light Bar, with menus that aim for zero waste. Independent spirits, such as El Banddara vermouth, are received in bulk to reduce packaging. Seasonal ingredients and garnishes are closely aligned with chef Johnnie Collins’ food menu, much of which has come from his own garden in Warwickshire and where compost is returned to the soil.

Additional processes have been designed to recycle waste, such as leftover coffee grounds made into a homemade Sriracha sauce used in the Bloody Mary; excess champagne turned into a cordial used in the Girlcore cocktail; and leftover produce pickled or preserved into future cocktail ingredients like an alcoholic marmalade. This is exactly how small businesses like this should run.

Under Ilija’s guidance, the bar team will also focus on innovation, experimenting with new techniques. For example, The Light Negroni is highly filtered through coffee, capturing the sweetness and high notes without the bitterness.

When restrictions are lifted, live DJs on Friday and Saturday nights will kick off with a series of events hosted by those who ran the parties the cocktail menu has been named after.

The first major event will be a thank you party dedicated to those behind the Save the Light Campaign. Led by previous owner Oliver Williamson, they successfully campaigned against the planned demolition of the building in 2014.

Open until 12am, The Light Bar promises to become an East London go-to destination for drinking and eating, offering an unforgettable night out for both discerning cocktail drinkers and those looking for a relaxed, friendly new local. Bring on the next stage of freedoms!