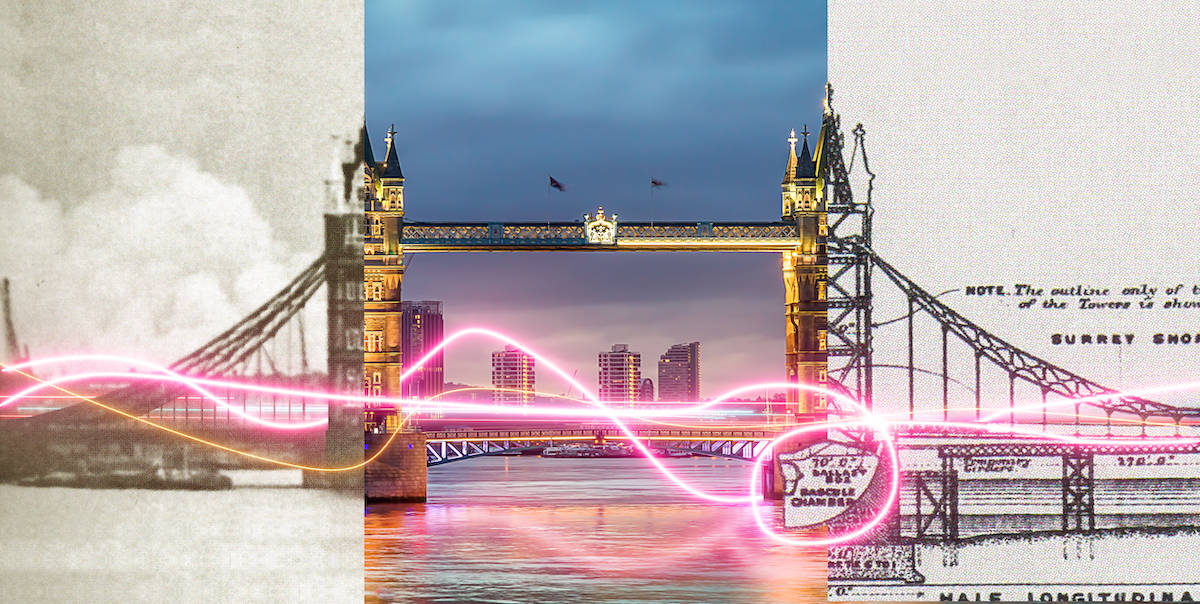 As part of Tower Bridge’s 125th anniversary celebration, Guildhall School of Music & Drama returns to the unique setting of the Bridge’s Bascule Chamber for a site-specific light and sound installation.

Tower Bridge: 125 Years of London’s Defining Landmark showcases the unique architecture of The Chamber and tells the story of the men and women who built, maintain and operate one of the world’s most iconic structures.

The installation explores the Bridge’s place in history and popular culture, from the mammoth 8-year construction project culminating in the grand opening of 1894, to the unforgettable display of the Olympic rings and Paralympic agitos in 2012.

Human stories – such as the employment of the Bridge’s first female worker in 1895 – and iconic moments spanning three centuries – like the bus that jumped the bascules in 1952 – are brought to life through a stirring audio-visual narrative created especially for London’s greatest hidden space.

The Bascule Chamber is the operational area that houses the huge counterweights used to lift the Bridge’s mighty bascules. When the Bridge is at rest, this vast brick-lined space stands empty: a dramatic, subterranean Victorian void normally out of bounds for everyday visitors.

The experience has been created by Guildhall School video designers in collaboration with multiple other departments: actors from the School voice the characters, and the original soundtrack has been created by Guildhall Electronic Music composers and recorded by the Guildhall Session Orchestra. This is the School’s third collaboration with Tower Bridge, led by multi award-winning director, designer and audio/visual specialist Dan Shorten.