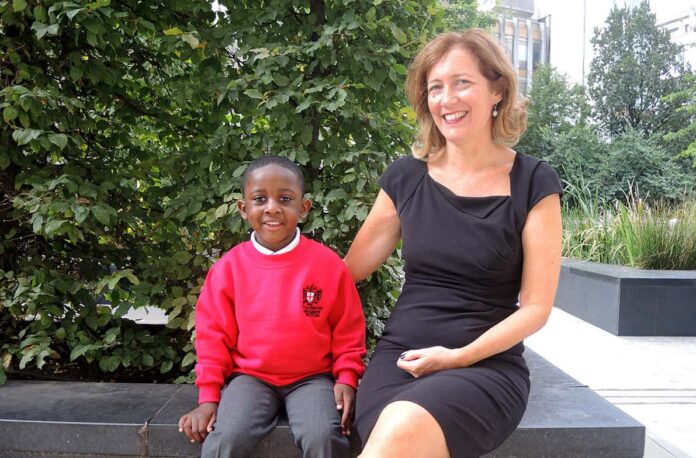 Four-year-old Benjamin Mensah and his classmates won’t be the only new starters at City of London Primary Academy Islington (CoLPAI) when the school year officially commences next week.

The new primary school will officially open the doors to two reception classes in its temporary home at Moreland Primary School for the first time next Wednesday, with parents and staff just as fired up as the kids, according to head teacher Kim Clapham.

“I think all of us are really excited to be part of something new,” she said.

“Like all City schools we have high aspirations… and we want to ensure it is not a postcode lottery but that all our children flourish.”

City of London Primary Academy Islington will operate out of a self-contained section of the recently renovated Moreland Primary in Clerkenwell for up to two years while a permanent home is built on the former site of the Richard Cloudesley School adjacent to the Golden Lane Estate.

Ms Clapham said the partnership was a “win/win” for both schools, with Moreland able to rent out space currently under-utilised following its upgrade to a two-form entry school, and City of London Primary students having access to brand new school facilities from the beginning of their education. There are still several places available in both reception classes.

Benjamin, for his part, isn’t too bothered about leaving mum Rebecca and can’t wait to get stuck into the new school’s supply of trucks and trains, and catch up with friends he made during the school’s introductory storytelling and pottery session at the Museum of London in July.

The workshop will be the first of many at the Museum of London and the Barbican Centre as the school works to make use of its position within a stone’s throw of some of London’s top arts institutions.

“We have high expectations, which we plan on achieving by broadening the curriculum,” Ms Clapham said. “It’s about educating the whole child in a warm and nurturing environment.”