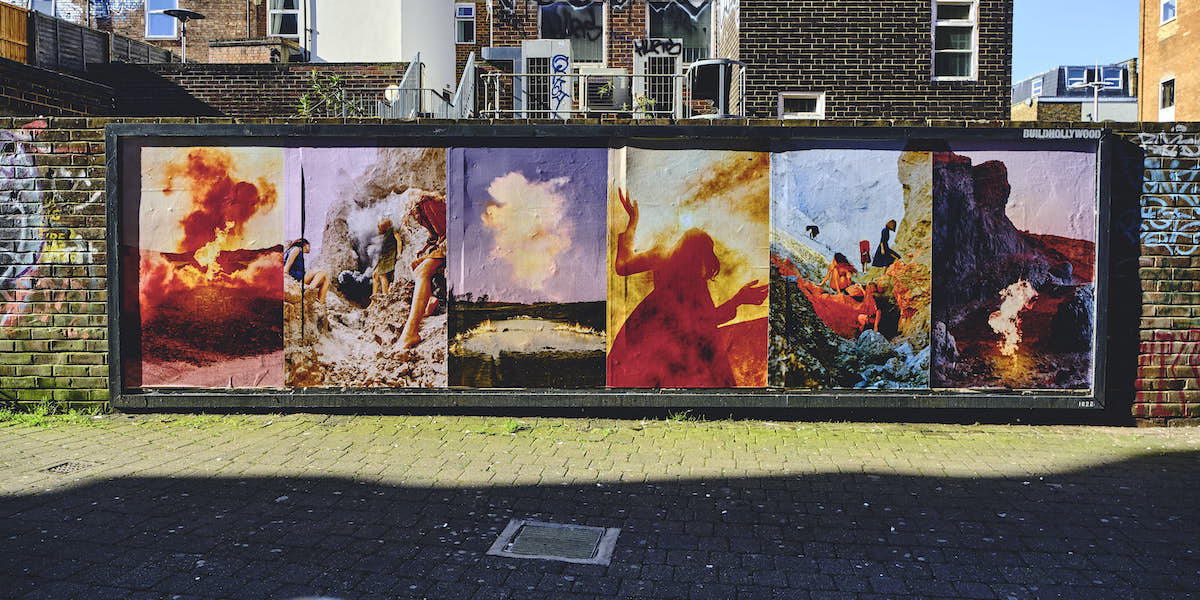 London is getting some psychedelic street art billboards, thanks to artist Neil Krug. It’s exactly what we need for sunny walks in the City.

The BUILDHOLLYWOOD family of DIABOLICAL, JACK and JACK ARTS has collaborated with one of the music industry’s most sought-after creators of album artwork Neil Krug, for their latest Your Space Or Mine project which gives artists and creatives a platform on the street.

This will be Krug’s largest outdoor display to date and will be the first time he has featured images from his personal project; Phantom: Stage One in a public street setting. The collaborative project includes major takeovers by Krug using BUILDHOLLYWOOD’s poster sites across the UK.

Krug is an American photographer and director based in Los Angeles. Born and raised in Kansas, he has produced artwork for more than forty album campaigns including Lana Del Rey, Tame Impala, Bonobo and Unknown Mortal Orchestra.

His distinctive otherworldly photographs are a blend of Americana and psychedelia that is classic and modern at the same
time. Drawing on cinematic references, Krug’s imagery suggests a subtextual narrative and often uses California as the backdrop to tell his stories.

The BUILDHOLLYWOOD collaboration with Krug is a fitting one. The creative street advertising specialists have strong roots within the music industry and have promoted numerous albums that Krug has created album artwork for including; Lana Del Rey’s Ultraviolence, Tame Impala’s The Slow Rush and Bonobo’s Migration to name but a few.

For the Your Space Or Mine collaboration, Krug will be showcasing images from his ongoing Phantom: Stage One series, featuring Kaiman Kazazian and The Cleménti Oiseaux.

The collection of work is based on a series of dreams Krug experienced in 2016, in which a woman follows a ghost into the desert to come upon a small group of people who followed the same apparition.

Colourful smoke-filled terrains, explosions hovering above figures, glowing apparitions watching nearby; the photographs explore Krug’s continued interest in the surreal and fantastical. Imagery from the series was taken during 2017-2021.

Krug said: “I’ve always imagined Phantom being displayed on an extremely large scale. If anything, this collaboration with BUILDHOLLYWOOD gives Phantom the ability to live within the context I envisioned.

“The twist being the contrast of the desolate desert daydreams against the hazy London backdrop, creating even more of a surreal co-mingling of imagery.

“I hope the series will feel like a hit of acid; that the viewer will be left wondering what happens once the smoke clears. If you could just unpause the gathering, where are they all going? I want imaginations to run wild. I hope passers-by go, ‘Oh, this isn’t another ad for… fill in the blank.’ That would be a success for me.”