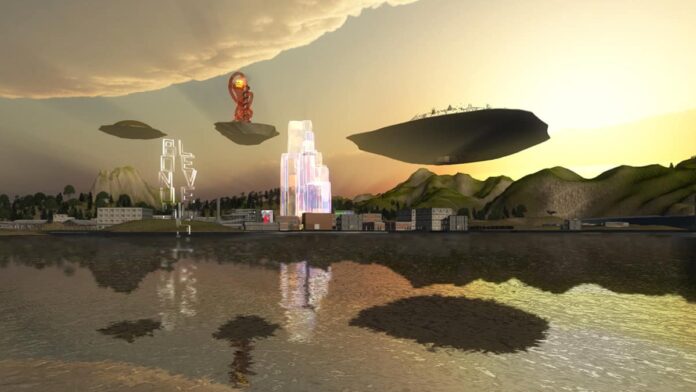 Imagine if London had a railway with the sole purpose of connecting every independent art gallery and creative hub across the Capital? What if Hackney Wick never recovered from its post-Olympic hangover? What would Dalston look like reimagined as a post-apocalyptic mishmash of its multiple stages of gentrification?

Visual artist Lawrence Lek has spent the last four years attempting to answer these sorts of questions with Bonus Levels, an ongoing series of nine interactive video games where users can explore virtual London neighbourhoods that combine fantasy and reality.

Now, visitors to the Museum of London can become players as three Bonus Levels are unlocked as part of its City Now City Future programme, an exploration of life in the world’s busiest metropolises and what the future holds for them.

The newest addition to the year-long season of exhibitions, events, talks and debates, Bonus Levels presents a version of London that is barely recognisable, but at the same time all too familiar.

“There’s lots of weird, surreal stuff going on but I always try and provide real symbols that people can relate to,” Lawrence says.

“If you know the Dalston area well for example, you’ll recognise all sorts of things, but if you don’t, the urban landscape is going to look like anywhere around the world, which is fine too.” The more idealistic Sky Line (Tube Strike Edition) charts an interactive map of independent art spaces around London connected by a floating railway line; though Lawrence is under no illusions: “obviously that will never happen… it would be great though.”

One thing the works do have in common is the way they are consumed by the public: immersively and in the first person. There are no goals or objectives as with commercial video games, rather Lawrence’s intention is for the ‘player’ to simply be up close and personal with these worlds.

He says he got the idea for Bonus Levels when studying to be an architect, and developing an interest in the social and political aspects of models and renders, rather than the bricks and mortar.

“I wanted to see what would happen if you took the idea of architecture outside the commercial context of property… more like set design.”

To make each of the ‘levels’ Lawrence has to first construct each of the virtual sets in 3D animation, then start thinking like a cinematographer; constructing the scenes and adding in voiceovers.

Finally, he uses several video game engines to animate the film, hopefully answering some questions with the final product, but more importantly, provoking new ones.

“Once you set aside the novelty of the technology, it’s really a contemporary way to draw portraits of the city.”