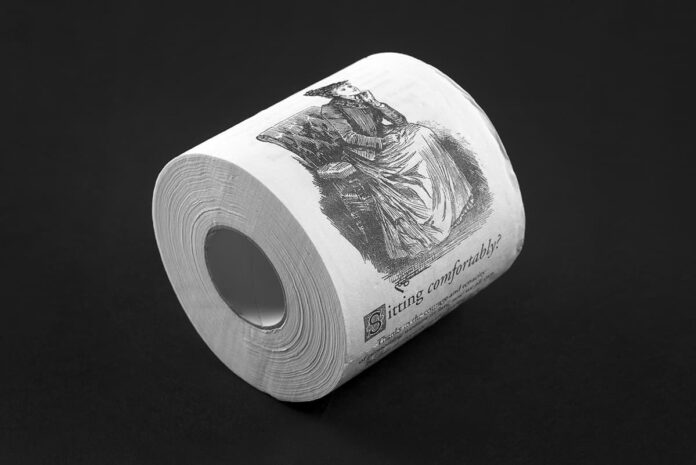 The Museum of London’s newest acquisition is far from bog standard.

A printed loo roll, one of the more unusual pieces in the museum’s vast collection, represents how a lack of toilet facilities for women at law firms and legal institutions was used as a pretext not to hire female lawyers.

The gender equality issues existed as recently as the 1970s, and the roll was created by the First 100 Years project to highlight the history of women in the legal profession since 1919, their barriers to the industry included.

“As we look ahead to the centenary of women’s suffrage in the UK next year, this artefact serves as a powerful reminder of how far we have come in the past 100 years in our fight to establish an equal society,” explained Museum of London social and working history curator, Beverley Cook.

“The lack of public female toilets was a highly significant barrier to women breaking free from their confinement in the domestic space and into professions such as law, as well as society in general.”

“This object will enable us to articulate this important part of women’s history for our visitors, which also acts as a great complement to our world-class Suffragette collection.”

The roll is printed with a repeat design of a woman dressed in formal late Victorian clothing seated on a chair looking pensive, and will be on display at the Museum of London until 18 October.

The founder of the First 100 Years project, Dana Denis-Smith, said that as she and her team collected stories of women in the legal profession, one story came up repeatedly: the lack of sanitary facilities as a reason to reject women when applying for jobs in chambers and law firms.

“The artefact is a visual representation that we felt empowers women to share their own experience in a dignified but striking way,”  she said.

“It represents the collective voice of those that faced such a ridiculous obstacle; needless to say it provides a stark reminder, for future generations of women lawyers, of the types of challenges faced by their predecessors.”

And she says that the limited edition roll – only 100 have been created – will go a long way to tackling equality in the future.

“The support we are receiving from right across the legal profession, from organisations such as the Bar Council and the Law Society, to individuals such as Baroness Hale, shows how incredibly important the issue of equality for women in law still is,” she added.