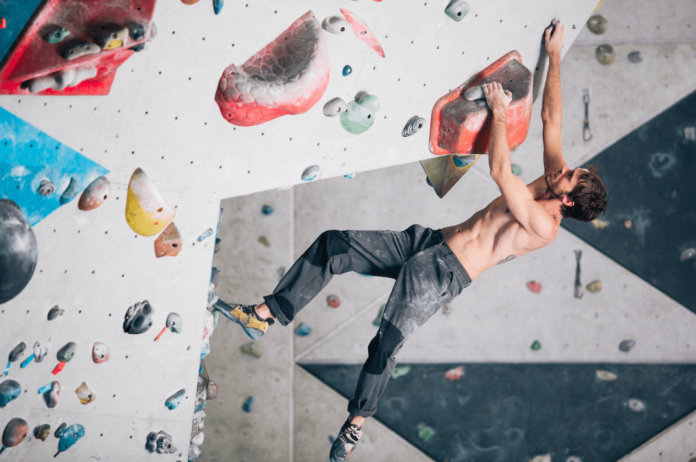 Here’s a story that might sound familiar. Tom spots a new spinning class – perhaps in the Wellness section of City Matters – and signs up to try it out.

He dutifully attends for a couple of months, his interest slowly waning until it peters out altogether. After a few weeks of paying for the service without using it, he pulls his finger out and cancels his financial commitment.

A few more weeks go by and his head is turned by a new boxing gym, and the cycle starts again.

This might seem like a somewhat pessimistic outlook on the pathway to achieving peak health and fitness, but it is one rooted in reality according to Alister Rollins, a man who built a career on tracking our health habits and selling the data to some of the world’s biggest fitness brands.

“We know the average [fitness] operator will have people engaged for between eight to 12 weeks,” he says.

“They might pay for longer, but that’s generally when they stop attending, which is why the entire fitness industry model is fundamentally flawed; gyms rely on people not going to make their price points work.”

It was this “fundamental flaw” that inspired Alister to found MoveGB; a fresh new health and wellbeing platform offering unmitigated access to thousands of different fitness facilities and activities on one membership.

Fitness providers are split into different membership tiers, the more a user pays, the more facilities they unlock.

The platform splits fitness providers into different membership tiers based on their price points. The higher the tier, the more facilities available to the user.

At the lower end of the scale, £10.49 a week will give you access to 258 venues across London, including PureGym and Army Bootcamp, while £49.99 per week unlocks the higher end boutique studios like BLOK London and MoreYoga.

“We knew based on our research that consumers stay active for longer if they have more variety – if someone is doing two or more different activities, they’re more likely to stick with it than if they’re doing one,” he says.

“MoveGB was about offering that variety and friction-free methods of discovering anything that moves your body.”

By ‘friction’, he’s referring to the rising costs of having multiple memberships, as well as the restrictions placed on users of fitness networks like ClassPass, which keeps overheads low by preventing members booking into the more popular classes.

“One of the conditions with our partners is that MoveGB users receive the same benefits as their own members.

“We’re more like a Spotify or Netflix model where it’s one fee and you have access to everything, rather than the low-cost model where the objective is to get a user into a facility then restrict their access.”

The platform first found its feet in Bristol in 2014, amassing 60,000 registered users in four months, but now it’s time to launch into the big leagues as the company makes it’s official move on the Capital’s somewhat cluttered fitness scene this month.

At the time of printing, MoveGB had around 1,000 partner fitness facilities and 3,000 users, a number Alister is expecting to skyrocket following a digital and print marketing campaign launching this week.

Having firmly established the brand in the south – Bristol, Bath and Brighton – plus smaller localised offerings in Leeds, Manchester and Sheffield, the London fitness scene represents an opportunity for MoveGB to ‘stretch its legs’, so to speak.

“It’s still early, but we’ve already got a huge diversity in the activities we offer, and we’re seeing the popularity of that diversity,” Alistair says.

“I think what people in London like to do is use the health club operators for their lunchtime session during the week, and then they might go do some of the more experiential activities like stand-up paddleboarding on the weekend.

“A lot of the Parkour classes have been quite popular, we’ve got a Twerking class that has had a lot of attention, hula hoop classes… it’s really exciting to see what London has  to offer.”