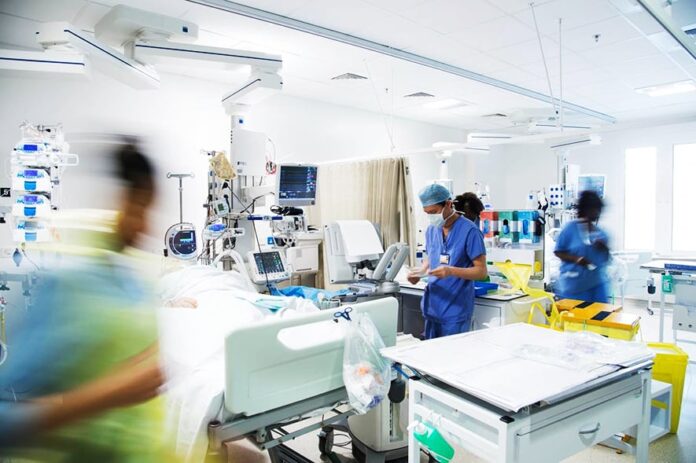 Plans for mental health crisis hubs have been outlined in an overhaul designed to prevent patients being brought through stretched hospital emergency departments.

Presently, medical staff are being pulled off busy wards on nights and weekends to respond to crises even when they have no mental health experience, City health scrutiny committee leaders were told on 6 November.

The hubs would be redeveloped specifically for assessing people in crisis for sectioning – being legally detained for treatment.

The hubs would be designed to offer more “privacy and dignity” for patients who might otherwise be brought in through an emergency department.

The £15million reform of London’s crisis services has been in development since 2015.

The latest proposals for how that could look come after government tightened laws for detaining crisis patients in December 2017, preventing under-18s from being held in police stations, and imposing stricter waiting time standards.

The report said London’s crisis services were under “significant pressure”, with patients not receiving fast or high-quality enough care.

The hub concept has been endorsed by London’s emergency services, the Royal College of Psychiatrists, and the NHS, as well as mental health advocacy groups and people who have experienced crisis care.

A 2017 pilot by the South London and Maudsley NHS consolidated four sites into one purpose-built hub with 24/7 staffing, which the majority of patients gave positive feedback on, HLP’s report said.

By contrast, another survey found only a third of patients brought to emergency departments for crisis assessment, and a fifth who had been to one of London’s safety rooms, felt they were treated with compassion.

The recommendation for North East London would be to scrap the Royal London Hospital’s assessment room, designating the services to rooms in Sunflower Court in Redbridge, at Homerton Hospital, and Newham Centre for Mental Health in the short term.

After a year, the Newham site would be reviewed, with a possibility of consolidating all services and increasing the number of rooms at the other two sites. The remaining sites would be staffed by mental health professionals on a round-the-clock roster.

Presently, Royal London, Homerton and Newham have no dedicated mental health staff for their assessment rooms, and have been forced to pull staff off wards to perform the duties, the report said.

That left staff with little experience in dealing with mental health emergencies when crisis specialists weren’t on shift, especially overnight, which was when most of the City’s crisis call outs came in, the committee was told.

The committee’s deputy chairman, Michael Hudson, said having qualified staff at the hubs 24/7 seemed promising for patients, also predicting decision makers would have to confront whether they were prepared to pay more than the status quo.

“The problem at the moment is the report shows quite clearly that staff are not on duty all the time, and that the crucial times when they’re not on duty is at night and weekends – that’s when [the] majority are coming in.