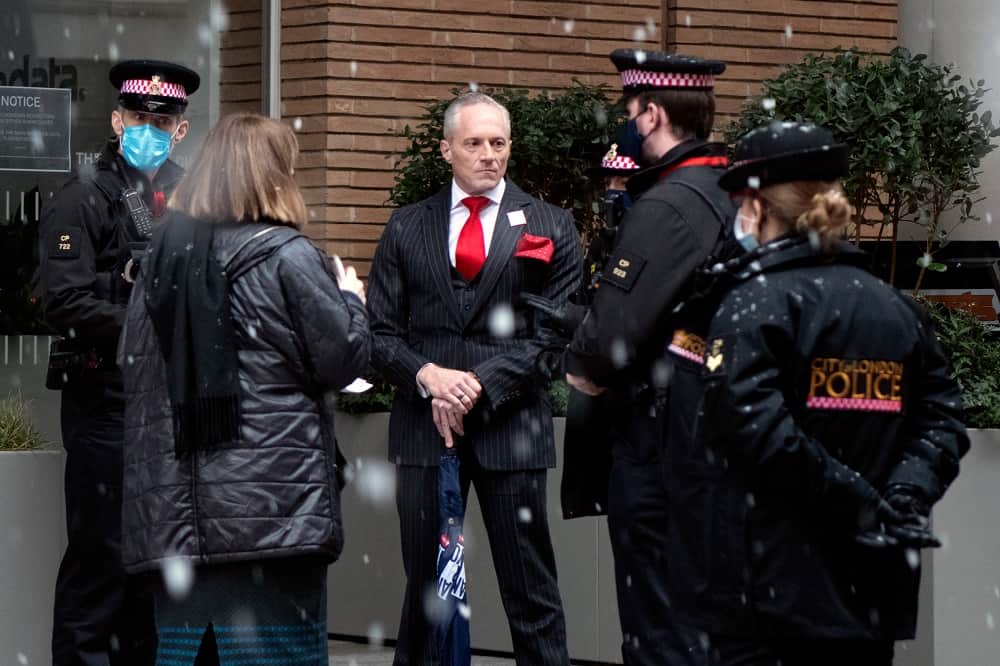 An independent candidate running to be London Mayor has been fined by police for breaching lockdown rules while campaigning.

Brian Rose, a podcaster and former banker, was filming promotional material for his campaign in Southwark on Sunday when police intervened.

Mr Rose and his team of six production staff were informed that “campaigning was not a necessary reason” to be out of their homes and were each fined £200.

He said: “In these challenging times, we understand that the police have a difficult job to do, something we are supportive of and have detailed policies relating to.

“Nevertheless, it is imperative that free and fair elections can take place on May 6; with an unelected mayor currently heading up our city for the past year, including its police force, it is incredibly worrying that democracy is being eroded in this way, while the mayor’s own team continue to campaign.”

Local elections in England, including the London Mayoral election, are currently still set to take place in May although the situation is being kept under review.

However, there is growing confusion over what campaigning is allowed in the run up to elections with lockdown restrictions not expected to ease before the end of March.

Earlier this month, Liberal Democrat leader Ed Davey defended his party for continuing to deliver campaign leaflets during lockdown on the basis that it was done by volunteers, with volunteering exempt from current restrictions.

Paul Frost, the Chief of Staff for Brian Rose’s campaign, said that they would be challenging the fines given to Mr Rose and his team this weekend “based on the same guidance that other parties have been using”.

Mr Rose described confusion over campaigning rules as “an afront to democracy” and claimed that “rampant indecision” from Prime Minister Boris Johnson could “derail” May’s elections.

There are now growing calls for a final decision to be made on whether elections will go ahead in May, as candidates begin to ramp up their campaigns.

Earlier this month, Green Party mayoral candidate Sian Berry called for the London Mayor election to be delayed over uncertainty, adding that “the worst thing is indecision and wasting people’s time”.

Guidance from the Government about “appropriate conduct” during campaigning is expected soon, with May’s elections still set to go ahead at the time of writing.

Brian Rose is a former Wall Street banker who moved to London more than 20 years ago and is running to be Mayor of London.

A “free-speech advocate”, Mr Rose has hosted several Covid-19 deniers and anti-vax conspiracy theorists on his podcast, including the controversial David Icke, who wrongly claimed that 5G was responsible for Covid-19 symptoms.

After several of his videos were taken down from YouTube for breaking rules about misinformation, Mr Rose started a crowdfunding campaign to raise $1 million for a “Digital Freedom Platform”.