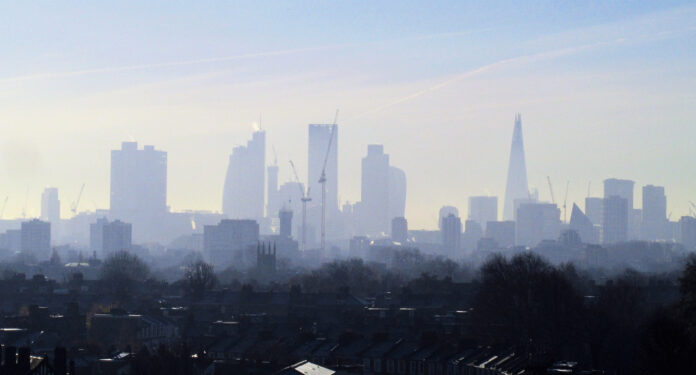 More than seven million people in London are exposed to dangerous levels of toxic air every time they visit their doctor.

These dust, dirt and smoke particles are invisible to the naked eye but small enough to pass through the lungs and enter the bloodstream.

According to the Royal College of Physicians, exposure to these dangerous air particles has been linked to asthma, heart disease, strokes and lung cancer.

Green Party London Assembly Member, Caroline Russell, said: “London is choking and our children, and people in poor health, are suffering the more extreme effects of our bad air, from asthma attacks to worsening heart and lung conditions.

“That people already feeling unwell and visiting their doctor have to go to a GP surgery surrounded by invisible pollution is appalling.

“We must do everything we can to get people out of the private cars that cause so much of this pollution.”

London has the highest number of people registered at GPs with unsafe levels of air pollution out of any other region in the UK.

Out of all the people registered at GPs in the Capital, 75% of them are exposed to these dangerous levels of air pollution.

Onkar Sahota, the chairman of the London Assembly health committee, said: “These new figures show that millions of Londoners going about their daily routines are all too often being unwittingly exposed to the far-reaching and damaging effects of air pollution.

“It is unacceptable that those regularly visiting their GP with long-term conditions, already at their most vulnerable, are having their health further put at risk by toxic air.”

Research was published ahead of the Clean Air Summit in London on 14 February.

The summit called for funding for elected mayors and local councils to tackle air pollution as part of new government legislation later this year.

Mayor Sadiq Khan said: “The government must recognise that cities can’t win this battle alone and we now need to be given greater powers and funding to clean up our filthy air and protect future generations.”