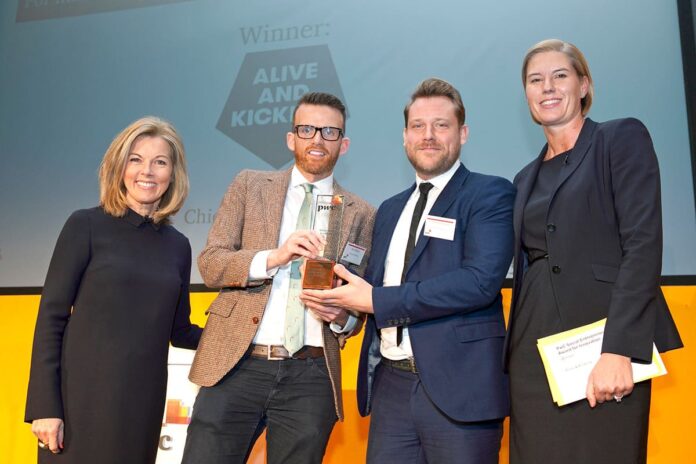 For the first time, PwC’s Social Entrepreneurs’ Club accolades were incorporated into the annual corporate reporting ceremony, with the men and women striving to make a difference through community-focussed business models sharing in the spotlight.

Three social ventures were recognised, with The Bike Project – which works with refugees to get people mobile – bagging the Social Impact award, the Environmental Impact gong going to Soap Co, and Alive and Kicking scooping the For Innovation prize.

Founder of The Bike Project, Jem Stein, described such exposure is fundamental to allowing his team to continue to pitch for funding.

He said: “We are a small charity working with a very vulnerable group, so to win such a well-known and prestigious award is hugely beneficial in terms of the credibility and publicity that it gives us.”

Newsreader Mary Nightingale was the compere for the evening and underlined how important such initiatives – including the move to social thinking – are to building greater understanding between business and the public.

“I have been doing these awards for 15 years and never has building public trust been more important.”