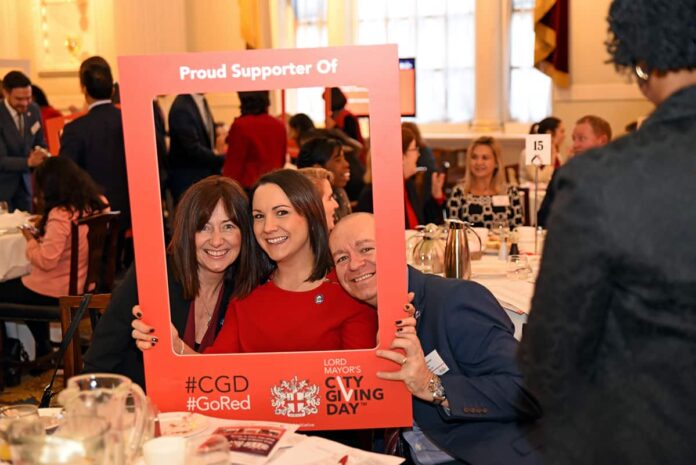 CITY workers have been asked to paint the town red by the Lord Mayor of London, but not in the style that the Square Mile’s high rollers are accustomed to.

Instead of spending their hard earned cash on a lavish night on the tiles, Charles Bowman has requested bosses at the City’s firms – big and small – celebrate their firms’ community-focussed ventures by wearing red for the day.

It all forms part of the Lord Mayor’s City Giving Day proposals for 2018, which were formally unveiled at Mansion House under the #GoRed banner this month.

City Giving Day will this year fall on 25 September, and is designed to champion CSR, philanthropy, and volunteering initiatives that companies of all shapes and size undertake as part of their commitment to supporting charity, society, the community, and the environment in which they work.

In 2017 a record 220 organisations took part, raising in excess of £400,000 for good causes, including those linked to the Lord Mayor’s Appeal. More than 500 business volunteers were recruited, over 300 charities benefitted, and 86% of participants said that the concerted efforts to give something back helped inspire colleagues to get more involved in responsible business initiatives.

“Together it is our responsibility to create a fairer and more inclusive society – and it is the City’s responsibility to use its unique position to do more for London’s communities,” said Mr Bowman, who came into office last year with a ‘Business of Trust’ agenda, something he hopes will be boosted by this annual fixture in the City calendar.

“It is one day in the year when businesses can unite to celebrate and showcase their charitable and volunteering efforts with employees, clients, suppliers, and the public. We want to make this year even bigger and better than before.

“City firms need to shout about all the great work they do, celebrate their achievements and tell their success stories.”