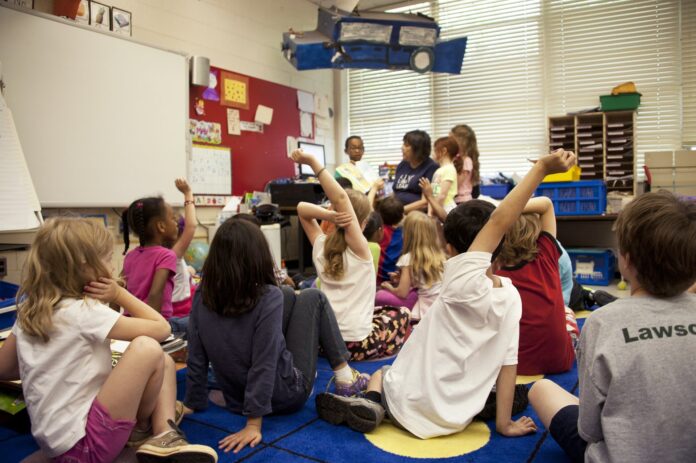 London schools are set to remain open after the death of Queen Elizabeth II and are waiting on government guidance to confirm whether they can close for her funeral.

Buckingham Palace announced the Queen “died peacefully” at the age of 96 on Thursday afternoon at Balmoral in Scotland, after 70 years as monarch.

Schools have been told they should remain open by the Department for Education during the 10-day national mourning period which began on Friday, it has been reported.

London schools have now confirmed to the Local Democracy Reporting Service that they’re waiting on guidance from the DfE on whether they will close on the day of the Queen’s funeral once more details are confirmed. They said they will inform students and parents in due course.

People working in non-essential jobs will likely have a day off work. If the funeral is held on a weekend or pre-existing bank holiday, an extra day off will not be granted.

Buckingham Palace announced the Queen’s death at around 6.30pm on Thursday in a statement which read: “The Queen died peacefully at Balmoral this afternoon. The King and The Queen Consort will remain at Balmoral this evening and will return to London tomorrow.”

Her coffin will then be brought to London and placed in Westminster Hall where hundreds of thousands of people are expected to file past over a four-day period.

The Queen’s funeral will be held at Westminster Abbey and she will be buried in the King George VI memorial chapel at Windsor Castle. Prince Philip, who died in April 2021, will be moved to the chapel and laid beside her.

A period of Royal Mourning will continue for seven days after the Queen’s funeral. King Charles III paid moving tribute to the Queen in a statement which read: “The death of my beloved Mother, Her Majesty The Queen, is a moment of the greatest sadness for me and all members of my family.

“We mourn profoundly the passing of a cherished Sovereign and a much-loved Mother. I know her loss will be deeply felt throughout the country, the Realms and the Commonwealth, and by countless people around the world.

“During this period of mourning and change, my family and I will be comforted and sustained by our knowledge of the respect and deep affection in which The Queen was so widely held.”