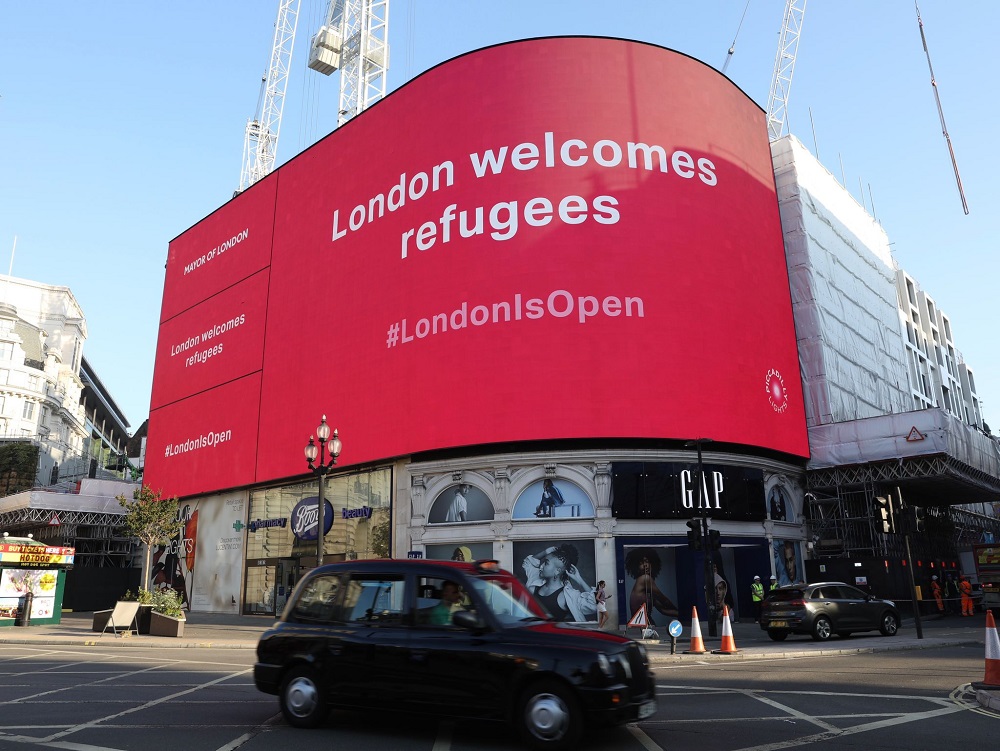 Mayor of London Sadiq Khan has launched a new London Refugee Response fund to support the resettlement of Afghan refugees following an outpouring of donations from Londoners.

Roughly 9,000 refugees have so far arrived in the UK from Afghanistan, with up to 3,500 having arrived in London.

A collaboration between City Hall, London councils and The London Community Foundation, the London Refugee Response fund will be a “one-stop shop” for people to donate to the resettlement effort and help refugees build a new life.

Khan met with volunteers at the Lewisham Donation Hub, where he thanked Londoners for their “incredible” response so far during the launch of the new fund.

Khan said: “I’m immensely proud that our city has once again demonstrated that we are welcoming and open to all. The response from Londoners has been incredible and I’d like to thank everyone who has offered donations to help Afghan refugees and all the volunteers who are giving their time to help.

“I’m also deeply humbled by the courage and resilience of all those who have arrived in our city in the most difficult of circumstances. Our charities, voluntary organisations and councils are doing all they can to help them settle into our city and showing that we will always provide refuge to those seeking sanctuary, and I’m delighted to launch the new London Refugee Response fund to help even more Londoners donate.”

The mayor told the Local Democracy Reporting Service that he had been having “really good conversations” with the Government around what further support was needed.

Khan said that it was “key” for councils to be provided with the resources to allow them to support refugees in relation to healthcare, education and social integration.

Laurence Smith of the Lewisham Donation Hub said that volunteers had been “absolutely engulfed” by donations from the local community after putting out calls for items on social media.

The hub was set up last year in response to the COVID-19 pandemic to provide people in the community with anything they may need, including clothing, food and medicine.

Smith said it was “impossible to quantify” how many people had been supported by the hub, but that around 300,000 meals had been donated since last year as well as more than 1,000 laptops and smartphones to support children’s’ education during lockdown.

With the hub inundated with donations of clothing and food, Mr Smith that the first priority for donations now is smartphones and laptops to ensure that newly arrived refugees can access support and education.

The Lewisham Donation Hub is one of many charities and voluntary organisations that will benefit from the new London Refugee Response fund, with money distributed where needed to help provide mental health support, legal advice and employment support.

To coincide with the launch of the new fund, TfL and the Mayor of London launched a messaging campaign across the Tube network and on the screens in Piccadilly Circus that featured the message “London welcomes refugees” in English as well as Pashto and Dari, the official languages of Afghanistan.

The UK Government has committed to taking in 20,000 refugees from Afghanistan in the coming years.