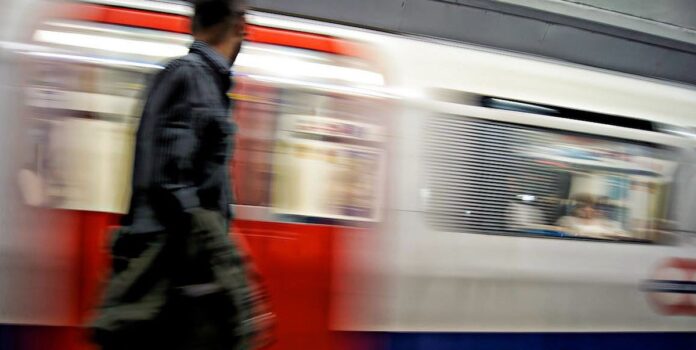 London’s transport system needs more investment and must not lose out to other regions, a City Hall report says.

The capital spends just two thirds of the national average on rail services per person, the research found.

Despite its extensive public transport network, London faces strain from a growing population and an influx of two million workers during the day, according to research published late last week (Friday).

During morning rush hour, 70% of Tube journeys are now overcrowded.

Transport for London (TfL) no longer receives a grant from central government, under an agreement negotiated by previous Mayor and current Prime Minister Boris Johnson.

Instead, London retains a higher share of its business rates for transport investment – TfL received £1.85billion from rates this financial year, making up 20% of its funding excluding Crossrail, according to the government.

But City Hall says transport funding has fallen by £1 billion in the last three years, and ministers must address the capital’s needs.

The report comes as high speed rail link HS2 – due to connect central London to Birmingham and the north of England – faced further uncertainty this weekend.

Lord Berkeley, former deputy chair of the HS2 review, said costs were “out of control” and recommended the scheme be scrapped, except for parts in the North.

But London’s Deputy Mayor for Transport, Heidi Alexander, said the government must avoid “pitting one part of the country against the other”.

She said: “Contrary to popular belief, the Tube network still has some of the oldest trains running anywhere in the country.

“And as anyone who has ever experienced an overcrowded train will tell you, London’s transport network desperately needs more investment.

“If London is going to continue to succeed, the government can’t wash its hands of its responsibilities.

“Ministers need to start the New Year by promising they will invest in transport infrastructure across our growing city.”

A spokesperson for the Department for Transport said: “The government recognises London’s vital contribution to the UK’s economy and will continue to support its growth and success while also levelling up the rest of the country.”