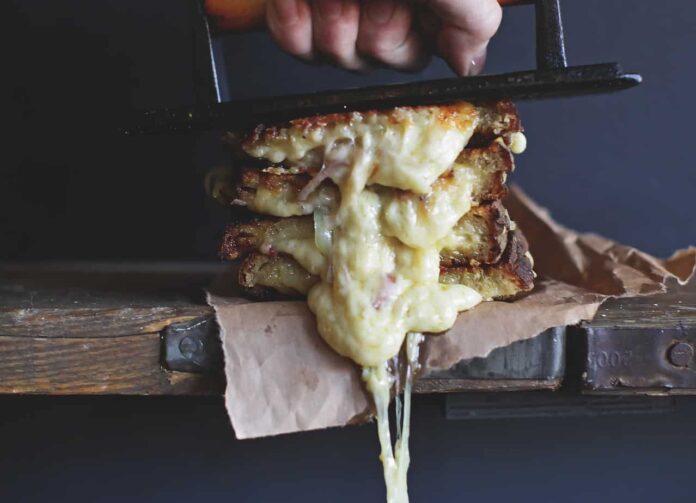 A Cheese Festival is coming to Hoxton, you better brie-lieve it!

Another weekend, another niche food festival in London, and whether it’s a burger bash or a sushi soiree, the headlines pretty much write themselves.

But The Cheese Project’s return to the Geffrye Museum this Bank Holiday weekend brings with it a whole lot more than cheesy puns.

The second annual fromage fest brings together more than 30 UK cheesemakers and mongers, artisan producers and street food traders for three days of talks, demonstrations and tastings of the goud-a stuff (last one, promise).

The Cheese Project was founded in 2017 by Gringa Dairy owner Kristen Schnepp, food journalist Patrick McGuigan, and The Cheese Truck founder Matt Carver with the aim of shining a spotlight on those who have elevated the industry to new heights in recent years.

Despite a rapidly expanding programme of niche food festivals across the country, the trio struggled to find an event that showcased the diversity and creativity of the industry for curd nerds such as themselves.

“We saw countless wine and chocolate and chilli festivals, but nobody was really doing a cheese festival, at least not in an authentic way that really showcased how the industry has grown,” Matt says.

UK cheese exports reached an all time high in 2017 according to HMRC, shifting more than 28,600 tonnes of the stuff in the 12 months to February, which represents a 19% increase year on year.

Patrick, who was on the judging panel that selected the winner from a pool of around 3,000 different cheeses from 35 different countries, says the UK has come a long way from its reputation for “mass produced block cheddar”. “A British cheese has won [the title] in three of the last eight years,” he says.

“There has been this amazing renaissance over the last 20 years, but it’s really picked up in the last five… a lot of these producers are young, creative and pushing the boundaries, which has been exciting to watch.”

Makers and mongers have also collaborated to come up with seven cheeses exclusive to the event, including an experimental blue cheese soaked in booze from Alsop & Walker and Buchanans, and a garlic-infused triple-cream French variety from Paxton & Whitfield.

Street food traders like fried chicken specialists Butchies and taco truck Elote are getting in on the act as well, with limited edition eats designed to showcase small cheese producers.

Look out for buttermilk fried chicken in a raw milk Red Leicester dripping sauce from Sparkenhoe, chargrilled sweet corn topped with Kristen’s own Queso Cotija, a salty aged cheese, and The Cheese Truck toasties filled with Ogleshield – a raclette-style cheese made in Somerset.

A limited run of tickets ensures there will be ample opportunity to talk cheese with the traders, but there are two myths that Patrick and Matt want debunked straight off the bat.

“There’s this misconception that cheese is naughty or bad for you,” Patrick says. “But milk is what you’re feeding your babies and you don’t need a huge amount, especially when you’re buying the good stuff.”

As for the old saying that too much cheese will give you nightmares; also a myth, according to Matt.

“I think I eat more cheese than most people in the UK and I always sleep like a baby.”

London Cheese Project is on at the Geffrye Museum from 26 to 28 May. Tickets are £5 available from Design My Night.