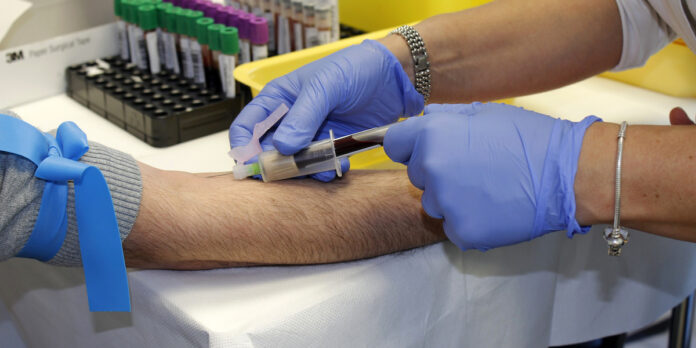 Accident and emergency waiting times in London are now at their worst ever, new Government figures reveal. In December, just three in five patients were seen within four hours at major emergency rooms in the capital.

For major A&Es, not a single NHS trust in London hit the national waiting time target – that 95% of patients are seen within four hours.

And these centres dealt with 8,000 extra patients last month compared to December 2018. In total, more than 245,000 people visited major A&Es over the festive period, compared to almost 237,000 the previous year.

But just 60% of patients were seen within four hours – down from over 78% in December 2018. This means almost 100,000 people waited more than four hours for emergency care at major centres last month – nearly double the 2018 figure.

Barking, Havering and Redbridge Trust – which runs King George Hospital in Ilford and Queen’s Hospital in Romford – had the worst waiting times in the city. Just 44% of patients were seen within four hours.

Homerton University Hospital Trust performed best, with almost 92% of people seen in the four-hour window – but it still fell short of the Government target.

Labour’s London Assembly health spokesperson, Dr Onkar Sahota, said: “Our A&Es are busier than ever, and they’re getting further and further away from meeting their targets.

“This is as serious as it gets because it leaves patients struggling to get access to the emergency care they often desperately need.”

Dr Sahota said hospital funding has been “pressed mercilessly in recent years” and staff were now “pushed to their limits”.

He said: “What we’ve seen so far is the government falling short of the mark when it comes to making up for almost 10 years of serious and damaging under investment.

“They must take their opportunity to put this right at the upcoming budget, because our services really cannot carry on this way.” A spokesperson for the NHS in London said: “A&Es across the country are currently very busy and London is no different – in December, London A&Es treated over 25,000 more patients compared to December 2018.”

This figure refers to all emergency centres, including specialist and urgent care.

She said: “We have got more hospital beds open than last winter, but flu has come early and is around twice as high as this time last year.

“This is why the government’s commitment to increase the number of nurses by 50,000 and invest in new and expanded facilities will be crucial over the coming years.”