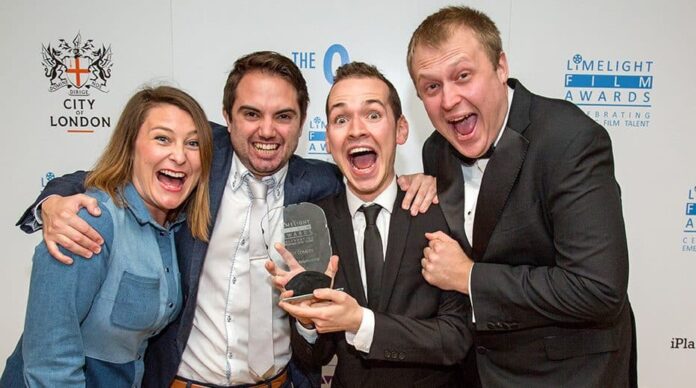 Budding directors stole the show at Guildhall on Friday night as a glitzy red carpet bash put up-and-coming talent in the frame.

The annual Limelight Film Awards, hosted by CEO Munsur Ali – also a Portsoken councillor – dished out accolades to movie makers in more than 20 categories, with some 2,000 entrants putting their short films forward for critiquing by this year’s judging panel.

“Without this award many film makers will go unnoticed,” said Mr Ali. “But what made it extra special this year is that we were able to bring hundreds of emerging film makers to Guildhall.”

Actors including EastEnders’ Shaun Williamson and Kidulthood’s Femi Oyeniran endorse the ceremony, which is now in its ninth year and continuing to grow in popularity.

Prizes were presented for Best Documentary, Best International Film, and Best Comedy among many other genres, and were interspersed with live musical performances from duo Monroe, double-act Matt and Israel, and the energetic Imperial Drummers, who had guests up on their feet.

Scooping the Film of the Night top prize and a £10,000 cheque towards their next project was the team behind Textual Relationship, a comedy exploring what happens when a physical connection doesn’t quite live up to a couple’s online relationship.

Post-event the winners (below left) took to Twitter to express their gratitude at being recognised: “We couldn’t be happier! Thank you to all involved!”