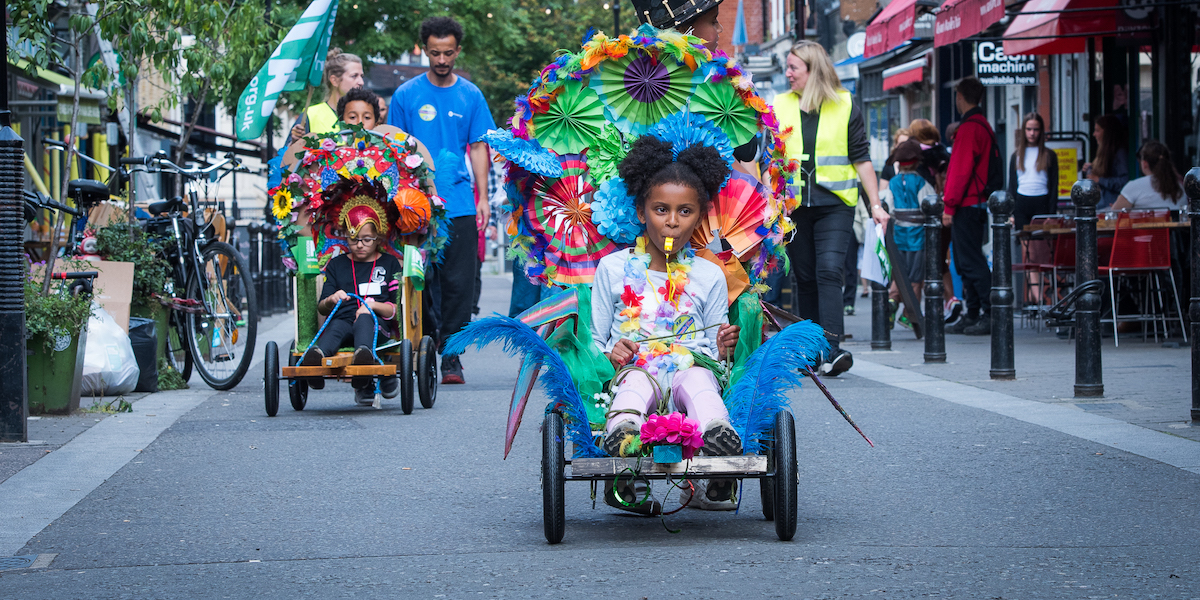 A ‘Formula Fun’ go kart building experience will be taking place at several central London locations, thanks to the charity London Play and the new Let’s Do London programme.

Part of the Mayor of London’s ‘Let’s Do London’ campaign, the Formula Fun fortnight will see teams of children at work in 19 central city locations, building and decorating their own go karts. They will be competing not only on speed, but also on WOW factor; with plans for spectacular themes set to reflect some of London’s most popular and iconic attractions.

The launch event for Let’s Do London at The Regent’s Park (last weekend) featured two teams of children building karts on the theme of woodland fairies and Shakespeare, in homage to the park’s famous outdoor theatre. Themes for subsequent events include Carnival Fun, the London Eye, St Paul’s Cathedral, and the London Aquarium; as well as Elephants and Castles; famous London Markets and British Royalty.

Teams of super-keen children have been selected and are already busily dreaming and planning their karts.  Not all the build sites will be open for the public to watch the karts take shape; but the completed karts will take a lap or two of honour around their surrounding neighbourhoods.

Locals, visitors, shoppers and workers are being encouraged to come out and watch the mini parades to show their support for children who have had their opportunities to play and socialise with friends seriously limited during the pandemic.

London Play director Paul Hocker said: “Childhood summers are precious, creating golden memories that last a lifetime. After the challenges these kids have faced over the last year and a half, they deserve a summer to remember and that is what our Formula Fun events are all about.

“We hope local communities and local businesses show their support and celebrate the reopening of our wonderful city and the creativity of the capital’s youngsters.”

The final Let’s Do London event in the Square Mile will be a four-kart spectacle staged at Spitalfields Market on Sunday September 5 – offering an exciting day out for families. Formula Fun: ‘A la Karte’ will see children decorating their karts on the themes of supporting local eateries: Crosstown Doughnuts, Brother Marcus (Middle Eastern), Players Social (Pizza) and The Duck Truck.

It should be a quacker.