Jeff Steadman has seen a great deal during his 17-year tenure at Leadenhall Market.

New tenants, new surroundings in the shape of towering skyscrapers, and a new clientele who are spending more time and money in the City than ever before.

The enduring constant among the changing face of the City is Leadenhall Market, which Jeff – owner of Chamberlain’s restaurant – believes should no longer be referred to as one of the Square Mile’s best kept secrets.

“The beauty of the building and the uniqueness of the current traders – across food, bars and retail – mean that Leadenhall Market should be perceived as a star tourist attraction.

“How many hotels are there now in the City of London? The market is neighbours with Tower Bridge, Tower of London and St Paul’s – all top destinations for local guides – and the work we are doing now is done with the aim of becoming synonymous with those landmarks and the City.”

Indeed, the market is a hive of activity with Christmas Day fast approaching, and with traders currently trialling extended weekend opening hours, Jeff is acutely aware of the part Leadenhall has to play in shaping the ‘24/7 City’ ambitions laid out by the Corporation.

“The face of the City is changing and part of that is weekend openings,” added Jeff, who has a clear vision for the future of the market.

“The Royal Exchange is close by and has undergone recent changes, but the two destinations are different and offer their own experience.”

Paramount to turning Leadenhall Market into an even greater household name is a future calendar designed to reap the rewards of Saturday opening times and a greater marketing push. Plans are already being worked up for Valentine’s Day in Leadenhall Market – which will see the return of the popular ‘Loveseat’.February will also see the annual Pancake Race take place, when traders go head-to-head in a ‘pan-tastic’ crowdpleasing salute to Shrove Tuesday.

In May, chiefs are planning to bring back the Leadenhall Art Show, bringing in world-class artists and photographers for a week-long exhibition where visitors can also buy the pieces on show.

Then, in May or June, the market will be part of the City-wide Fantastic Feats series, celebrating important milestones linked to the building of the City of London. 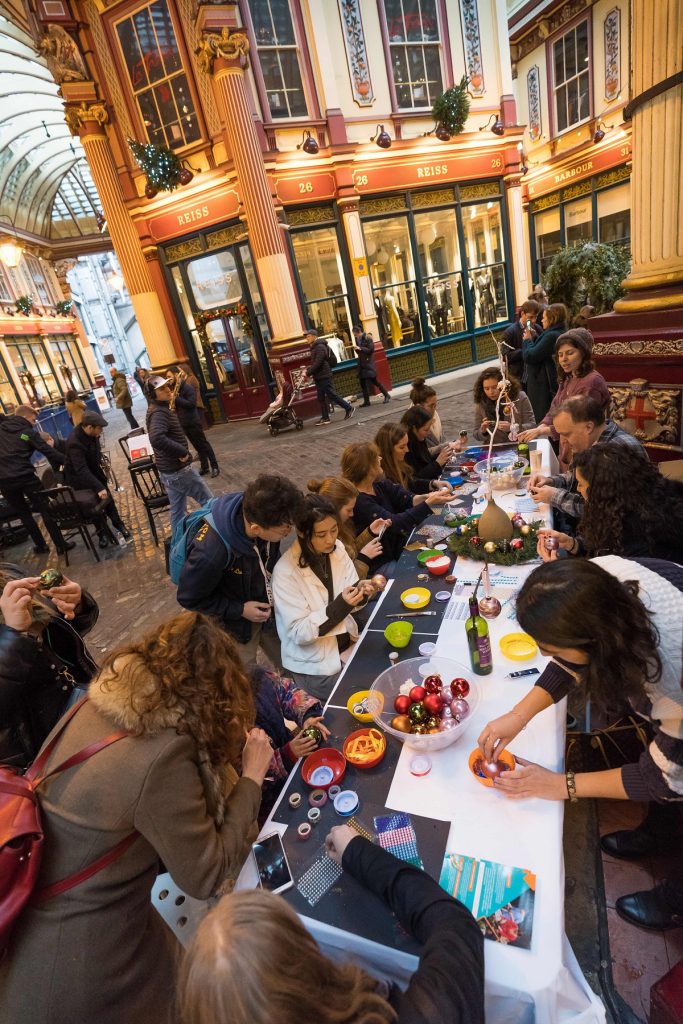 Next year marks the 200th anniversary since the birth of architect Sir Horace Jones – who designed Leadenhall, along with many other iconic buildings in the City – and traders will be commemorating the occasion with a month-long Victorian Festival.

The event, which will include family-friendly activities during half-term, will celebrate all things Victorian: the culture, music, food and drink, as well as the history of the market.

Alexa Chung implores shoppers to spend in the City this Christmas