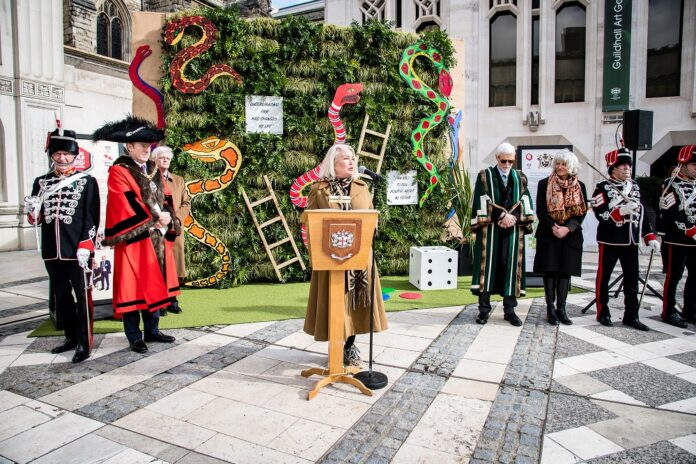 The launch was hosted by The Lord Mayor and The Lady Mayoress.

In honour of this year’s lunch, which is supporting King Edward VII Hospital’s Pain Management Programme, Gianna Utilini, a member of the Gardeners Livery Company, designed the garden to illustrate the difficulties faced by veterans who suffer with physical and emotional pain.

This year’s theme for the garden is ‘snakes and ladders’. The board game represents both the fortuitous and the unforeseen steps of the healing process, faced by veterans trying to return to civilian life. 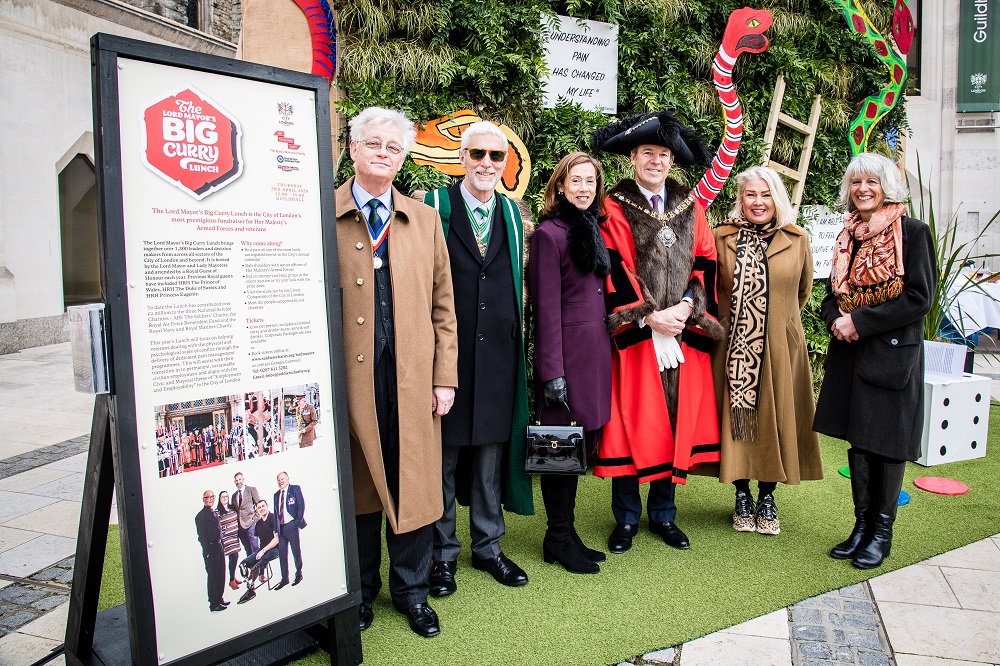 Gianna Utilini explained: “The garden represents the ups and downs faced by some veterans returning from the military and transitioning back into civilian life.

“It would be gratifying to say that a veteran’s progress was just one upward step after another, but the truth is very different: one move forward can often be followed by two moves back.

“A challenging and unpredictable journey needs to be negotiated in order to reach that optimum point where a veteran can feel in control of the physical and emotional pain.”

The Lord Mayor’s Big Curry Lunch has been an annual fixture in the City calendar since 2008. The lunch has raised in excess of £2 million which goes towards members of Her Majesty’s Armed Forces who have served in Iraq and Afghanistan.

Each year, the lunch is attended by a Royal Guest of Honour. In previous years, The Prince of Wales, The Princess Royal and Prince Harry have all attended the lunch.