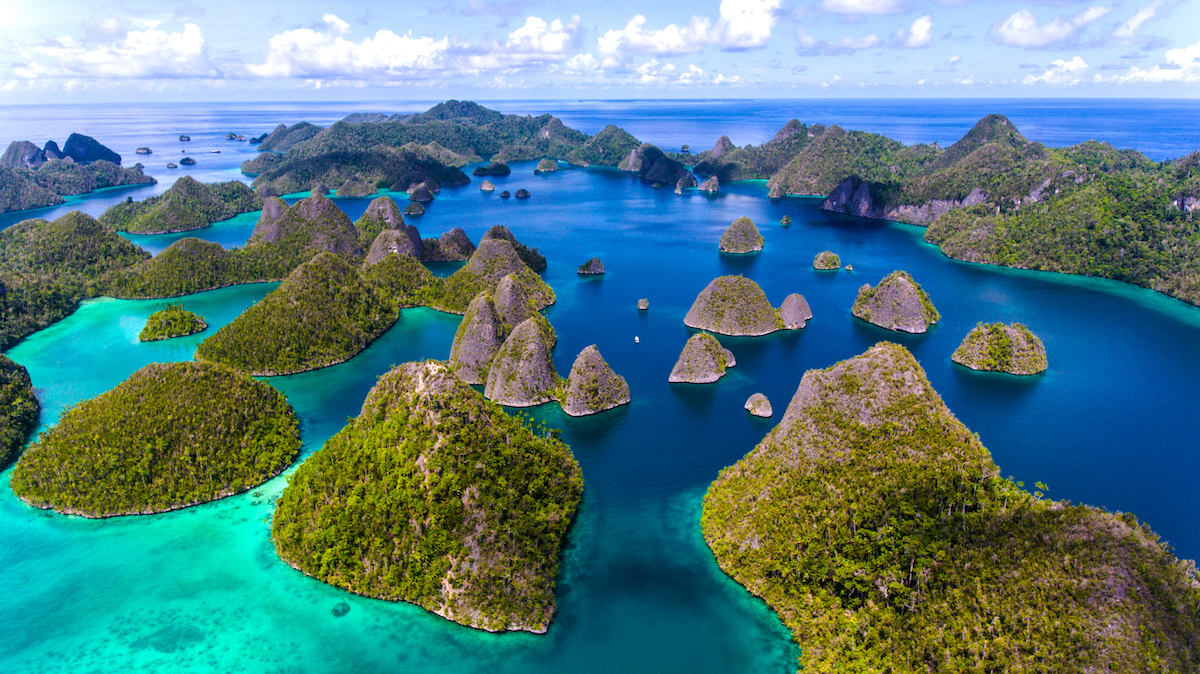 Made up of over 17,000 volcanic islands, Indonesia is a treasure trove of natural wonders.

Explore hidden beaches on uninhabited islands, run through jungles full of wild tigers and elephants (if you’re brave enough), climb mountains, or immerse yourself in the culture of some of the 300 different ethnic groups who call the archipelago home.

This smattering of Southeast Asian islands offers up so many different kinds of holiday experiences for both rugged adventurers and luxury resort lovers, you just need to find the right destination.

The most densely populated island of Indonesia, Java, houses a number of natural and man-made places to go exploring.

Jakarta, the capital, is a huge city with a bustling nightlife, an insanely good street food scene and a whole heap of energy and noise. This is one of the best places in Indonesia to witness a unique cultural mix comprising Javanese, Malay, Chinese, Arabs, Indians and Europeans. This medley of nationalities has heavily influenced the city’s food, architecture, music and religion.

On the opposite end of the island lies the epic Mount Bromo. Get up super early for a morning hike and witness sunrise over the mountain and surrounding wilderness; it will be one of the most beautiful sights you ever lay eyes on. But it can also be a dangerous place to explore because it is one of the most active volcanoes in the world. Best check with locals before heading up.

Another must-see is Borobudur; the largest Buddhist temple in the world dating back to the eighth century. Scale the temple, admiring the detailed carvings along the way. Take in the panoramic views at the top before experiencing more culture and food in the nearby city of Yogyakarta – another buzzing metropolis of Indonesia.

Regarded as ‘The Maldives of Bali’, this string of three islands is a tropical paradise with natural attractions that many would argue outshine the famed mainland. Nusa Penida, Nusa Lembongan and Nusa Ceningan each have their own unique merits, but all three offer ideal spots for diving, snorkelling and fishing.

Here you can climb aboard for relaxing boat trips around the islands, raise adrenaline by cliff jumping with local kids, and make your way over the bright yellow suspension bridge between Nusa Lembongan and Nusa Ceningan. Many argue that the Nusa Islands are much like Bali 20 years ago, before it was spoilt by tourism. So, make sure you get here soon before it suffers the same fate.

This part of the archipelago has a little bit of everything. Located among the Lesser Sunda islands, visitors can take in smoking volcanoes, crater lakes, and picturesque rice fields in the space of a few days. And, thankfully, Flores hasn’t been ruined by tourism. The main streets still hold their original charm with plenty of locals still living in town. You’ll have a true immersion into local life when visiting Flores.

One of the great sights this ‘Cape of Flowers’ is most famous for is the Kelimutu Volcano and its crater lakes in Kelimutu National Park. The continuous flow of minerals spouting from the volcano have made the surrounding area into a kaleidoscope of ever-changing colours.

But the main draw to this island is scuba diving and snorkelling. The reefs here are world renowned for their vibrant coral and thriving marine life. Just don’t put visiting here off for too long. Sadly, commercial fishing is slowly killing the wildlife.

From Flores, the unique Komodo Islands can also be easily reached. This is where tourists can walk among the endangered komodo dragon. Indonesia is the only country on the planet where you can see them in the wild, and this is the very best island for it.

It is also one of only seven islands in the world to have a naturally pink sandy beach. Red coral pigment produced by the microscopic foraminifera found in nearby shores mixes with the white sand and creates a soft pink coastline. It’s basically made for Instagram – as great or as terrible as that may be.

This is where you get to feel like Mowgli in The Jungle Book. Well, at least the fun Disney version where you sing along with Baloo the bear. Bukit Lawang is a small village sitting on the bank of the Bahorok River, located next to the dense Sumatran jungle, which must be experienced in the company of a licensed jungle guide – there is some seriously scary stuff in there.

A number of rare animals can be spotted in the vast forests of Gunung Leuser National Park, the most popular of which are the red-haired orangutans and other elusive monkeys. There are also families of larger cats, rhinos, and elephants within Bukit Lawang, but stumbling across these is rare.