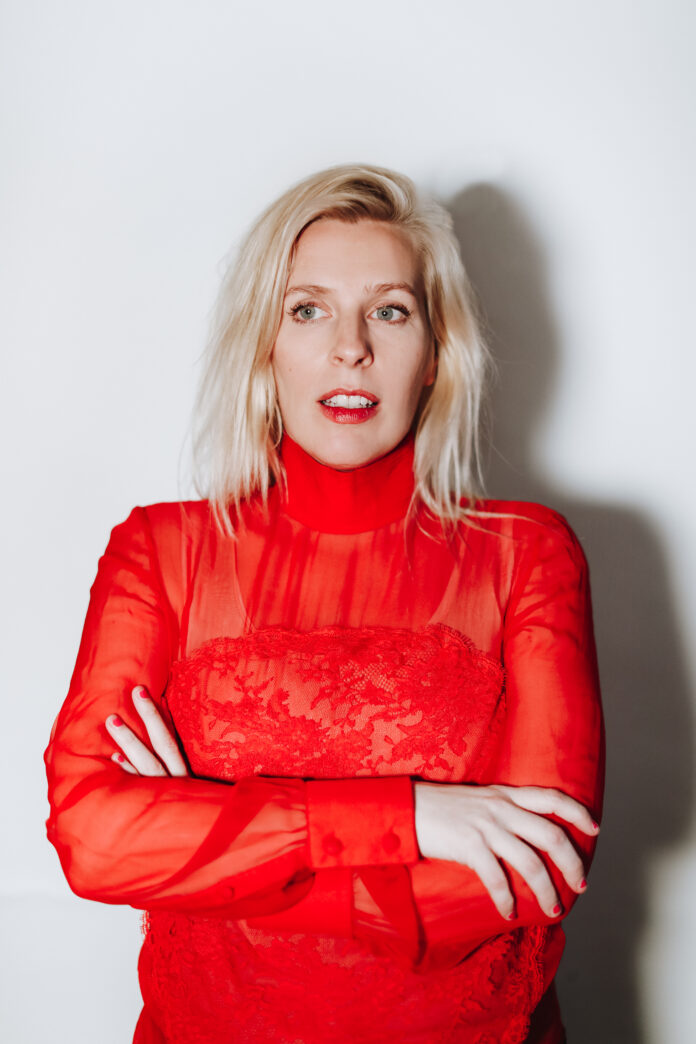 Ahead of her upcoming 50-date stand-up tour, Success Story, we sat down with the hilarious Sara Pascoe to discuss her inspiration, guiding people around the City, and her mum’s beef with Emma Bunton.

Can you tell us a little bit about yourself?

I’m a 41-year-old, unnatural blonde. My interests are reading and walking the dog… Hang on, is this for a dating profile?

How did you know you wanted to get into comedy?

I knew I wanted to perform. I fell into it as I was really struggling as an actor and I booked in some stand up slots to practice ‘characters’. I then realised I much preferred writing for myself and the immediacy of performing to drunk people in pub function rooms. I’m lucky I did because I was discovered whilst doing stand up.

All the women. Cariad Lloyd, Aisling Bea, Roisin Conaty, Katherine Ryan and Tiffany Stevenson are my friends, work-colleagues and neighbours. I’m also very inspired by what they’re talking about and how they are doing it. I also love gigging with people like Shapparak Khorsandi, Bridget Christie, Josie Long, Sophie Duker and Celya AB because they are so fantastic and watching brilliant people makes me work harder (as well as laughing obviously). And I really adore James Acaster too – he’s masterful.

Who do you influence?

I like to think that I influence the nerds who are starting out in comedy now knowing that they can talk about science or psychology or literature and still get on Live at the Apollo and panel shows like I did.

How would you describe your comedy style?

What we can expect from your upcoming tour?

I’ll be trawling through the weirdest moments of my career so far, which include auditioning for Barrymore, Hugh Grant’s birthday party, being sent a sex toy by Lilly Allen, and my mum’s showbiz beef with Emma Bunton. I will, of course, be also talking about recently having a nice little baby after years of infertility.

What’s next for you after the tour?

I will be writing some more books and filming TV I suppose. I’m very lucky, my diary is always full.

What is the one thing you would take to a desert island?

My dog. I know he’s not a thing, but he would love to run on the beach and play in the sea, so he’d forgive me.

What do you want to be remembered for?

I don’t mind being forgotten. If I’m dead, then my ego is too.

When in the City of London, what’s the first thing you do?

Walk and make sure I look up! There’s so much raw history and architecture to enjoy – it’s like going back in time!

Where are the best places for live comedy in and around the City of London?

There used to be a good place very near Monument but I don’t know if that’s still running. I’d love to run a gig on a boat on the Thames and float up and down though. I actually used to do tour guiding on the buses and know a lot about the City, so a guided stand-up tour of the Square Mile could be my next gig!

Why should our readers come see you do stand-up?

Because it will be a fun night out and hopefully interesting enough to want to talk about on the way home.

How do you relax?

I would read in the bath or go to a yoga class. But relaxing is in the distant past now with a five-month-old baby.