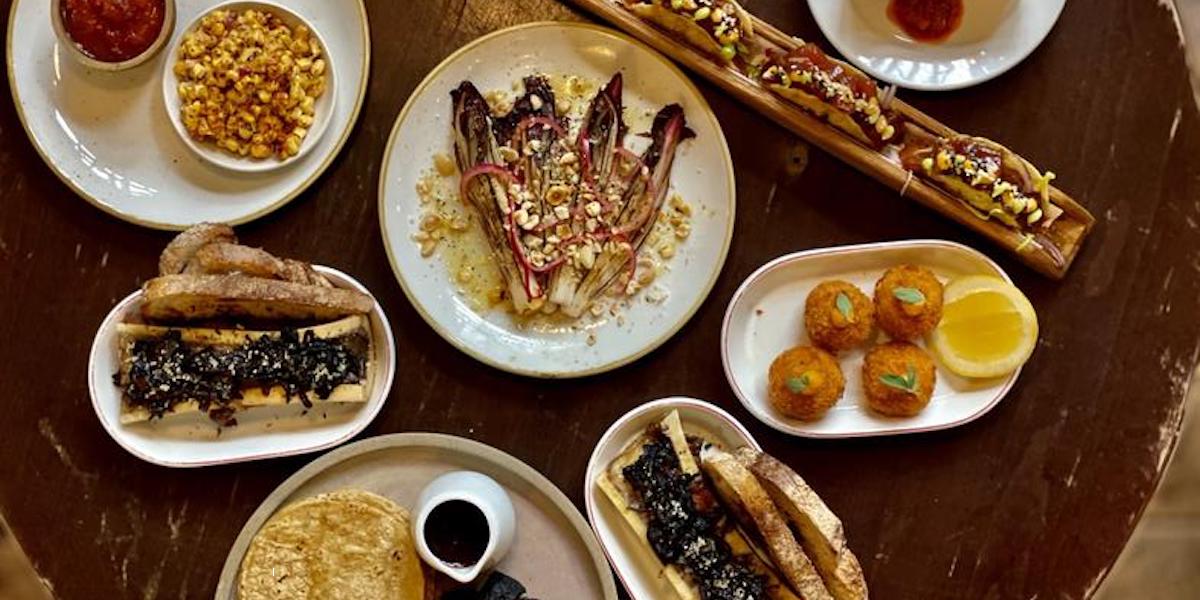 HotBox and BOB’s Lobster have come together to create a collaborative at-home box in support of The Passage, a charity that provides people who are street homeless with support to transform their lives.

The DIY meal box consists of an epic six courses, created by HotBox Executive Head Chef Lewis Spencer and BOB’s Lobster Founder Rob Dann, priced at £80 for two. £10 from each box sold will be donated to The Passage’s frontline work with London’s homeless community.

And it will be the first in a series of supper club events from The Passage, continuing later in the year with in-person events, Covid dependent.

The box includes a complete menu for two that showcases the best of both restaurants. HotBox is a modern smokehouse in Shoreditch, their food revolves around a commitment to impeccably sourced meat and vegetables, cooked over fire. On the menu are their Smoked Brisket Tacos, one of the most popular dishes in the restaurant.

One of BOB’s Lobster’s most popular courses is also in the box, their famous Lobster and Crayfish Croquettes, served with old bay mayo. The recipe uses lobster and crayfish native to the south coast where incredibly fresh, high quality seafood is sold. BOB’s Lobster is a super successful street food vendor turned restaurant from the people behind Bedales of Borough. Their van can be found at Borough Market, and the bricks and mortar site is just down the road in the arches of London Bridge station.

In addition to the six courses, there is the option of a pre-mixed BOB’s Lobster Margarita for two or a bottle of Laurent Perrier La Cuvee to add to your order. Deliveries of the HotBox x BOB’s Lobster at home box will be made between 9am and 6pm on Wednesday 7th April. The cut off to order is midday Friday 2nd April.

Alongside the food, everyone purchasing the box will be offered the opportunity to join The Passage’s very first virtual Supper Club on the 8th of April at 7pm. The webinar will be hosted by The Passage’s Director of Services and New Developments, Jenny Travassos, who will be joined by Rob Dann of BOB’s Lobster and Lewis Spencer of HotBox.

The zoom will be an informal chat about all things hospitality, with information on how The Passage is helping London’s homeless community during such a difficult economic climate. Once lockdown lifts, The Passage will be continuing its Supper Club series with in-person events and new collaborators.