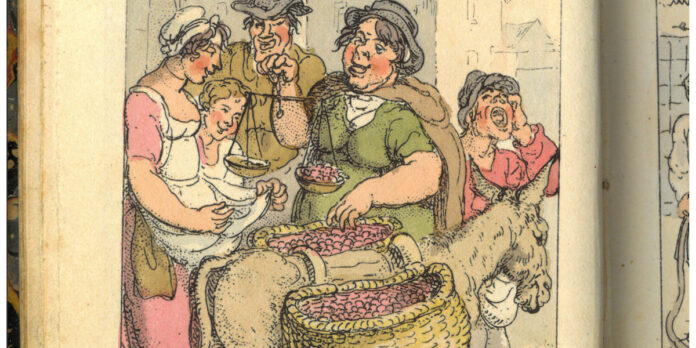 They may be tempted by hot peascods, a handful of periwinkles, or a cup of saloop… but whatever takes their fancy, none of it will be on sale.

The food features in a free open-air exhibition in the square, curated by the City of London Corporation’s Guildhall Library, to bring together rarely seen images of London’s street food and street hawkers from the 16th century to the 19th century. 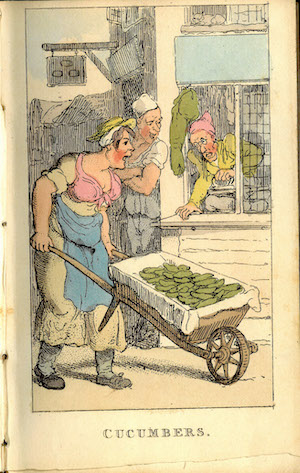 “Hot Peascods!”, which is presented from 17 – 29 September, will also include remarkable interviews recorded in the 1850s by pioneering social reformer Henry Mayhew.

The exhibition will subsequently run at the City Corporation’s historic Guildhall Yard from 1 – 16 October.

The exhibition will explain how selling street food in the capital, probably, since Roman times, was often the only option for some people who could not find alternative paid employment and used it as a stop gap until they found a better job.

Sometimes requiring little more investment than a basket and the cost of the first batch of pies, gingerbread or eels, it would keep some people out of the workhouse, while others fell into poverty and found that selling food on the streets became their life’s occupation.

Graham Packham, Chairman of the City of London Corporation’s Culture, Heritage and Libraries Committee, said: “Aldgate Square is a prime spot in which to showcase the exhibition and by happy coincidence, Guildhall Yard hosts our regular street food markets, making it the ideal location for an exhibition about how food was sold on the capital’s streets.

“Fascinating and undeniably moving, it will show how today’s street food may be enjoyed by many of us as a treat but hundreds of years ago, it was relied upon by people who were so poor that they couldn’t afford to have cooking facilities at home.”