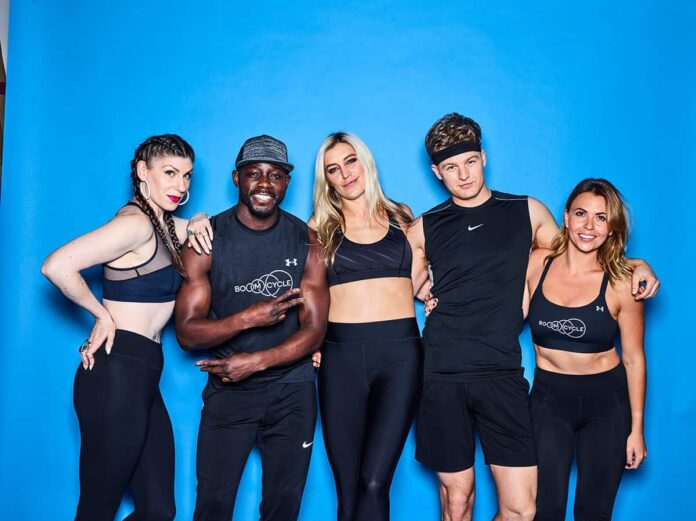 LOSE weight, quit drinking, get fit, save money; if you’re among the third of Brits that made a New Year’s resolution on 1 January, then there is a good chance you have already broken it.

A 2015 study from private health insurer Bupa found that 63% of people would fail on their New Year’s pledges, while NHS figures are even more dire; just one in 10 of us will make it stick.

So if resolutions are made to be broken, how can you make sure the year 2018 is your happiest and healthiest yet? Here are six suggestions, and how to stick to them.

From popping pills in the 1940s and low fat labels in the 1980s, through to carb-free crash diets of the noughties and today’s ‘clean’ eats, the human race has tried just about every tactic under the sun to slim down.

Then midway through last year the New York Times declared that we had entered the anti-diet age, borne of a combination of fad fatigue and buzzwords like ‘wellness’ replacing ‘weight-loss’. Diet officially became a four-letter word.

Former model and Miss Universe Ireland-turned-food and fitness blogger Roz Purcell is the founder of Natural Born Feeder, a blog and cookbook advocating for a healthy and balanced lifestyle built around a diet of natural foods and whole ingredients.

Having spent years on what she calls “a dieting rollercoaster” that ranged from living solely on shakes to bingeing on ‘bad’ foods, Roz eschews the idea of cutting out food groups altogether, unless for health reasons, and advises an 80/20 approach to healthy eating.

“We’re all human, so saying that you’re going to be good 100% of the time just isn’t realistic. You’ll only be setting yourself up to fail and for a woeful amount of guilt to boot,” she says.

Her new book, Half Hour Hero (Penguin, £20), is full of quick, simple recipes that are mostly gluten-free and make heroes of the likes of lean proteins, oats, grains, legumes and nut butters, but are as hearty and indulgent as they are healthy.

They take a bit of prep and a well-stocked kitchen cupboard, but once you have the basics down are fairly simple to integrate into your lifestyle and make them stick beyond January.

Roz suggests starting slow. “You don’t have to dive in head first and try to do everything at once – Rome wasn’t built in a day and a balanced lifestyle won’t be either.”

Have fun with fitness

We’re not even a fortnight into 2018 and already the pressures are piling on.

The social Siberia of Crimbo Limbo is over, December’s unanswered emails have suddenly become January’s problem, and now you can add a crowded gym to the list.

Exercise not only helps you lose weight and build muscle, but it also increases your energy levels, boosts endorphins and reduces stress. So why are we always writing it off as a chore?

That’s the question posed by one of the Capital’s most successful boutique fitness cycle studios that has built a brand – and a killer spin class – around putting the fun into fitness.

Boom Cycle opens its fourth location in Monument this week, smack bang in the middle of the Square Mile’s rather crowded specialist fitness market, but its co-founder Robert Rowland says Boom’s fun factor is a huge reason for its devoted following.

“Rather than focusing on the functional training element or making it about getting a six pack, we wanted people to come train because they enjoy it,” he says.

Cue Boom Cycle’s ‘party on a bike’ style classes with killer music tracks, themed rides, and propensity for taking things a little less seriously – instructors aren’t preaching about replacing wine with wheatgrass; here, the mantra is more ‘have your cake then come to class and burn it off’.

They also don’t do numbers or data, ditching resistance dials and calorie counters that can discourage newcomers in favour of cultivating a “community” of riders. Regular clients have become instructors, some have even become housemates and close friends.

“There has been this huge trend generally towards wellness in terms of diet and technology, but I think that side caters more to the demographic that was working out anyway,” Robert explains.

“People like us, who are creating workouts that are more fun and accessible, has opened up fitness to a much wider audience. People are tribal animals, they want to belong to something.”

Put your back into it

“Sitting is the new smoking” so screeched the health headlines in 2017, with studies linking our overly sedentary lifestyles with slowing metabolism, obesity, type 2 diabetes, types of cancer, and ultimately an early death.

Chiropractor Don Murray, who opened King Chiropractic near Leadenhall Market seven years ago, says plenty of clients end up on his table because of the long-term effects of an overly sedentary lifestyle.

“We know the average person spends around nine hours a day sitting, and that doesn’t include sleeping, but the City completely blows the top off that statistic,” he says.

“It’s not uncommon to hear that people have walked into their office at 8am and then not set foot outside again until well into the evening.”

While most people seek the help of a chiropractor because of an aggravated injury, many problems are of a chronic nature that develop, in part, through inactivity. So assuming we all still have to turn up to the office this year, what can be done to combat all this time spent on our backsides?

“Move,” Don says. “It’s as simple as that. If you’re talking on your mobile phone you probably don’t need to be sitting at your desk so get up and walk around, and make sure you try and get out for a walk at lunchtime; it aids digestion.”

Standing desks, if you can get human resources to sign off, are another way to reduce sitting time though adjustable desks, and are better because it keeps your body guessing. You can also try desk-based stretches – shoulder shrugging, neck rolls, spine extensions – but ultimately you need to be getting out of your chair every 30 or 40 minutes every day.

Trip to the water cooler anyone?

In news that’s unlikely to shock anybody with a penchant for a Pret sandwich, we Brits spend a lot on lunch – around £1,840 per year, according to the latest estimates.

That’s the equivalent of an annual travel card in Zones 1 to 4 or, as food writer Becky Alexander points out, a very nice summer holiday.

Frustrated with what she calls “terrifying” mark-ups on grab-and-go food, Becky teamed up with nutritional therapist Michelle Lake to write Packed (£12.99, Nourish Books), a compilation of more than 80 recipes for healthy, no-hassle packed lunches complete with cost and nutritional info.

Recipes range from warming soups and stews to hearty salads and breakfast bowls. and all are well-balanced to ensure you’re not reaching for the snacks come 3.30pm. Aware that time is usually the biggest factor that leads to workers buying their lunches, Packed is also full of tips and tricks on how to shop and stay organised enough to make meal prep easy and ensure Sundays aren’t spent slaving over tupperware containers.

“There are lots of throw-together ideas that just rely on good shopping and take the same time to make as a good sandwich.”

Once confined to the realms of mental health ‘mumbo jumbo’, mindfulness has made its way into the home, workplace and classroom as a tool to manage stress and increase productivity.

The act of bringing awareness to what you’re presently experiencing, thinking, or feeling has also proven effective at altering behavioural patterns because it helps to break those automatic reflexes like reaching for snacks in front of the television or skipping the gym after a long day.

Research published in the Harvard Business Review suggests regular practice of mindfulness can impact areas of the brain that modulate emotional reactivity and self-regulation; the ability to purposefully direct attention and behaviour, suppress knee-jerk responses, and switch strategies flexibly.

So while mindfulness is, in itself, a good habit to introduce, it can also help prime your mind to adopt other healthy habits more easily.

Brush up on your oral care

Brush, floss, and visit your dentist regularly. These are basic habits that have been drilled into us since the days of primary school, so why are we still failing to put them into practice? Three in 10 Brits fail to scrub their teeth the recommended twice daily, and a paltry 30% of us say they floss regularly, according to the latest YouGov research.

Add to that irregular check-ups, a high-sugar diet and smoking, and that’s a lot of patients landing in Dr Amish Patel’s chair at the Barbican Dental Centre with largely preventable problems.

“Dental plaque on the teeth is made up of bacteria that can damage teeth and gums, so regular removal of the plaque through good oral hygiene methods will help keep teeth healthy,” he says.

Dr Patel recommends brushing teeth twice a day with fluoride toothpaste for at least two minutes to make sure you’re covering all surfaces of the teeth, followed by a floss or interdental cleaning aids.

Try and limit sugary food and drink to meal times, as your mouth’s natural bacteria will convert the sugar into acid which dissolves teeth, and definitely avoid at bedtimes.

Check food labels for products that are high in sugar, particularly ‘healthy’ foods like yogurt and fruit juice, but if you do want to treat yourself, sugar-free chewing gum, drinking water or rinsing with a mouthwash can help limit the impact of the acid.

As for one of the worst culprits – fizzy drinks – keep consumption to a minimum, even the diet varieties.

“If you do drink them, drink them cold with ice, through a straw and only at mealtimes – this will limit the damage they do.”

Putting these habits into practice will help you avoid decay and cavities, but nothing can replace a regular dental checkup, so get one in the calendar stat.