Hannah Starkey to be first Guildhall Artist in Residence

The Corporation has recently appointed Hannah Starkey as the inaugural Artist in Residence at Guildhall, the seat of the City of London’s governing body.

Hannah Starkey has been appointed as the inaugural Artist in Residence at Guildhall, the seat of the City of London’s governing body.

In response to the City of London Corporation’s invitation to UK-based fine artists to apply for the three-month residency (2 September – 29 November), focusing on ‘Celebrating City Women’, the Belfast-born photographer has proposed creating seven large format images. 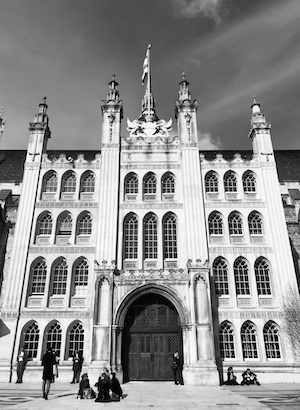 “Heroic and epic, multi-generational and multi-cultural” in tone and appearance, the photographs will depict the day-to-day life of women working around Guildhall and in the City more widely, and reflect and celebrate their diversity.

Hannah Starkey has previously presented her work in solo and group exhibitions around the world and most recently, at the Summer Exhibition at the Royal Academy of Arts in London.

Tom Hoffman, the City of London Corporation’s Chief Commoner, originated the idea of an Artist in Residence at Guildhall, shortly after taking up his appointment earlier this year.

Hannah Starkey said: “I am very grateful to be given the opportunity to work with the collections of the Guildhall Art Gallery, and I look forward to creating contemporary images of women working in the City by drawing inspiration from specific works in the collection.

“For over 20 years, I have dedicated my photographic practise to the representation of women seen from a female perspective, and this residency will give me the access and support that I need to make the pictures of women in the City that I have always wanted to make.”

Elizabeth Scott, the City of London Corporation’s Head of Guildhall Galleries and Principal Curator of Guildhall Art Gallery, said: “My colleagues and I are delighted that Hannah Starkey applied for the residency with a particularly clear and decisive vision of how she wants to present women in her photographs.

“Undeniably talented and passionate about her work, Hannah will set about capturing the spirit of the City and its remarkable women, and we look forward to working with her and viewing the completed images later this year.”