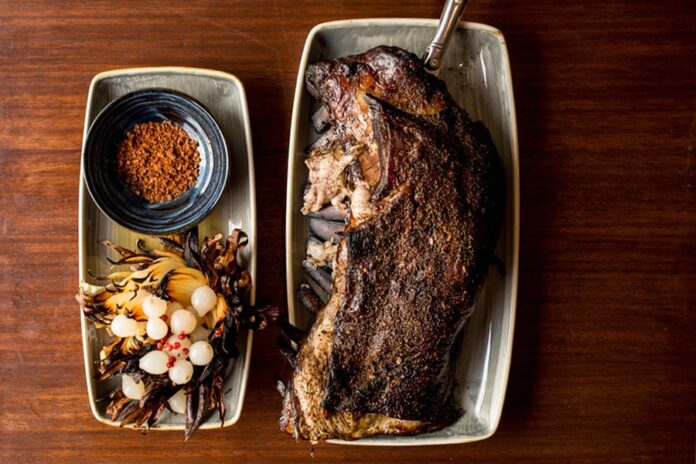 South African barbecue restaurant Hammer & Tongs has attracted a few more chefs than they bargained for since opening up on Farringdon Road last December.

London’s huge community of South African expats has been somewhat underrepresented in the Capital’s dining scene, which is perhaps why when a restaurant trumpets authentic Saffa cuisine you had best believe they’ll be doing quality control.

“The South Africans that come in here will tell us when a dish isn’t quite right or how their mother used to make it,” assistant manager Mark Stewart says. “Some will even offer to send us recipes.”

It could have been a case of too many cooks spoiling the broth (or the stew-like potjie) at Hammer & Tongs, which had a rocky start plagued by staffing and operational issues.

Not so for the recent refocus, which strips back the menu to traditional, flavour-packed dishes all seared, simmered and smoked and on the restaurant’s three-metre braai; a type of open grill touted as London’s longest.

At the heart of the current menu is the braised lamb ribs; a colossal two-kilogram slab of Welsh Highland lamb cut specifically with the breast meat intact.

Such a prized cut could only be treated with the greatest care, which is why head chef Richard Lloyd developed a three-day process of smoking, spice rubs and braising before it hits the plate.

The lamb is smoked for 24 hours in the cold area of the braai chimney flue to absorb flavour from the imported Sickle wood throughout the day, then braised at low temperatures for around six hours.

Day three brings with it a rub with around 15 different spices, followed by a stint on the braai at high temperatures to caramelise the fat and a cool down period, during which the meat absorbs the remaining braising liqueur.

The result is fragrant, flavour-packed and so melt-in-your-mouth “you don’t even have to chew it”, my companion remarks. Suffice it to say protestations that we couldn’t possibly finish the entire dish were quickly replaced by sated, sheepish grins and light meat sweats.

The well-priced wine list makes stars of its South African varieties – the recommended malbec a particularly good match for the ribs – but also allows a couple of Australian and South Americans a look-in.

Salads and sides, for those seeking a meat breather, are kept simple – roast potatoes, seasonal greens, heirloom tomatoes and, curiously, a couscous salad with feta and pumpkin that, while enjoyable, might feel more at home in a lunchtime salad bar.

But at the end of the day, this place is about the meat. Carnivores who aren’t quite ready to

commit to the ribs have plenty to choose from in the form of sosaties (skewers), steaks and the aforementioned potjie – an oxtail and red wine concoction that is soon to be replaced with seafood for spring.

We’re confident it will be up to scratch – and if not, the kitchen staff will certainly hear about it.