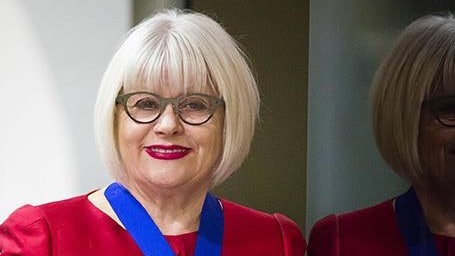 A DIVERSITY champion has thrown her hat into the ring to become the next City of London sheriff.

Gwen Rhys, founder and CEO of Women in the City, admitted the competition would be fierce as she prepares to do battle with Richard Fleck, a consultant at UK law firm Herbert Smith Freehills, and former marketing manager Liz Green for the role of non-aldermanic sheriff, which is currently occupied by Neil Redcliffe.

It is one of two sheriff positions up for grabs on election day at Common Hall on 25 June, will Alderman Vincent Keaveny, a partner at global law firm DLA Piper, primed to take over aldermanic sheriff from Tim Hailes.

Gwen’s campaign is chaired by barrister, former MP, and Privy Councillor the Rt Hon Sir Tony Baldry TD DL, a liveryman of the Merchant Taylors, Bowyers, Stationers & Newspaper Makers, and Arbitrators, and a member of the Parish Clerks’ Company.

“She has enormous energy and experience,” he said. “She would be a real asset to the Lord Mayor’s Civic Team in support of the City and supporting the Lord Mayor promoting British business at home and overseas.

A Past Master of the Worshipful Company of Glass Sellers, Gwen is also a liveryman of the Needlemakers’ and Spectacle Makers’ Companies, and the Welsh Livery Company. She is also a member of Queenhithe, Aldgate and Cheap Ward Clubs.

“As a liveryman of 25 years standing, I hope I can broaden the understanding about these organisations whose roots go back to medieval times,” she said.

“Collectively they donate nearly £50million annually to a wide range of charitable activities and continue to play an important role in the City and wider society.

“My commitment to greater diversity and inclusion, and in particular the need to see more women in senior roles across the financial and professional services, is well known and will bring an added dimension to what is often an all-male team supporting the Lord Mayor in promoting the City at home and overseas.”

The vote will take place at noon on 25 June in Guildhall when, by a show of hands, fellow liverymen will select their preferred candidates. Stay tuned for further coverage of the City’s sheriff elections.