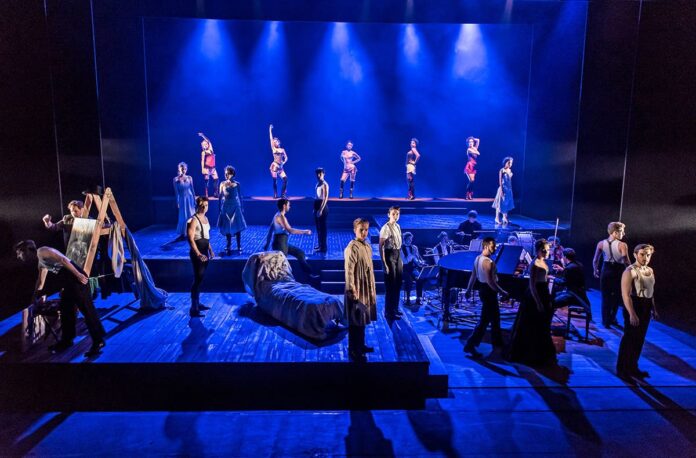 Guildhall School of Music & Drama’s head of acting Christian Burgess was busy holding auditions for the school’s musical when he was approached by a particularly nervous-looking cellist.

“This girl seemed really quite uncomfortable around the group, and it emerged that despite this being her fourth year, she had never once spoken to any of the acting students at the school,” he says.

“It was as if there had almost been this conscious decision to avoid them – I think to her they seemed overly noisy and emotional… she was half-expecting to see them in heaps on the floor crying all the time.

“But she had decided to take part because she knew deep down that it was important she understand what makes them tick… important for success in her own discipline.”

Twelve years later, this shy cellist’s willing leap into the wilds of the drama department remains at the heart of Christian’s efforts to encourage multidisciplinary participation across GSMD’s music, acting and technical theatre programmes. 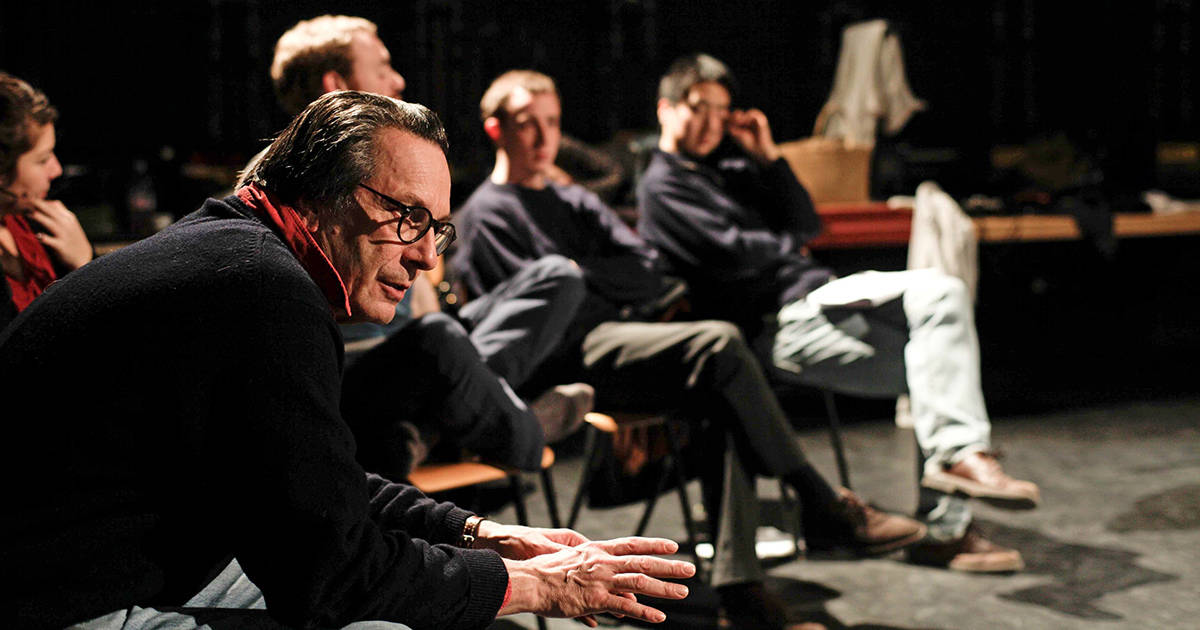 “Everyone who comes here is very focussed on a particular strain, and very motivated to do well, but what we recognised a long time ago is that there is enormous potential in the students learning from one another because their training approaches and imaginations are so different,” Christian says.

“The idea that there were students who were going through their whole time in the school without meeting anybody in another discipline because of some sort of social fear – well, it doesn’t happen anymore.”

The school has since developed a highly proactive approach to ‘cross-arts’ learning, a process that both “demystifies” other arts strands and develops individual practice. It starts with multidisciplinary group workshops for first-years, right the way through to the more high-profile productions like the sell-out musical theatre piece Swansong, which debuts on 4 November.

Devised by renowned pianist and Guildhall professor Iain Burnside, it is scored for a singer, a pianist and six actors, and presents Schubert’s revered ‘Farewell’; 14 songs in their traditional order interspersed with monologues from six different characters.

Each of the six has some sort of connection to Schubert, both real and imagined, from his publisher Haslinger and his laundry girl Liesl through to Emily, an American graduate student visiting Vienna in the modern day.

Iain says the addition of theatrical roles to what is traditionally a music-only performance is intended to “cast a different light” on the arrangement and its composer.

“It’s really about combining music, text and movement in new ways… as well as being a showcase of different student talent,” he says.

“I’m a pianist and work mostly with singers [but] I’m interested in breaking that format and Guildhall [School] has been very nurturing.”

Both of this weekend’s performances have sold out, which has left Iain “delighted, and a little surprised”, though not Christian who says cross arts performances are often among GSMD’s most popular with audiences.

“We’re not simply importing musicians into theatre, and vice versa, with these performances we’re creating something new,” he says, pointing to the recent success of Blood Rite, a digitally animated outdoor dance show at Guildhall Yard last month.

Next on the calendar is director Lucy Bailey and designer William Dudley’s collaboration of live performance and video in a fresh adaptation of Noël Coward’s Post-Mortem, which debuts on 29 November.

“The people who come here are very highly gifted, but also very focussed on the strand of the arts they want to pursue, which was always going to be high-risk given the competitive nature [of the industry].

“The world is changing and I think they are beginning to understand that working together makes them better artists, that they can learn really important things from each other.”

“In time I think we’ll see evidence of it in the professional world too.”