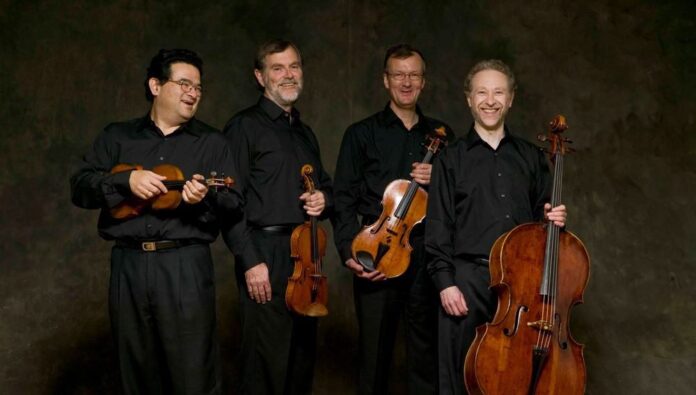 When musicians from the Guildhall School of Music and Drama take to the stage at Milton Court Court Hall, they generally fall into one of two categories; student or master.

“London is a rare place in that there’s an enormous amount of chamber music going on – one could argue more than anywhere else in the world – but this collaborative aspect is quite unique,” says Guildhall’s head of chamber music Matthew Jones.

“I think any musician will attest to the fact that when you’re put on stage with people who are a lot older and more experienced, you tend to raise your game very quickly.”

The opening concert sees the world-renowned Endellion Quartet perform Debussy’s String Quartet before they are joined by professors Graham Sheen, Alec Frank-Gemmill and Adrian Brendel alongside current students in works by Beethoven and Brahms.

On the 7 July, Hidden Gems of the Chamber Music Repertoire features masterpieces that are performed “less frequently than they deserve”, according to Matthew, including Prokofiev’s Quintet and Fauré’s Piano Quartet No.2 all performed by current students and faculty members.

The final day of the festival brings a packed programme of daytime masterclasses and workshops, followed by an evening of classic chamber works from a mix of Guildhall School faculty members and students performing pieces by Mozart, Brahms and Mendelssohn.

“One of the goals of the festival was to get a spectrum of musicians that you wouldn’t always see playing together; bringing some strings in with piano for Brahms [Piano Trio in B major] for example,” Matthew says.

“The programme is very cross-departmental, because we wanted to make the festival a microcosm of the collaborative ethos of the chamber department at the school.”

The Chamber Music Festival is on at Milton Court Concert Hall and Silk Street Theatre 6 to 8 July. gsmd.ac.uk