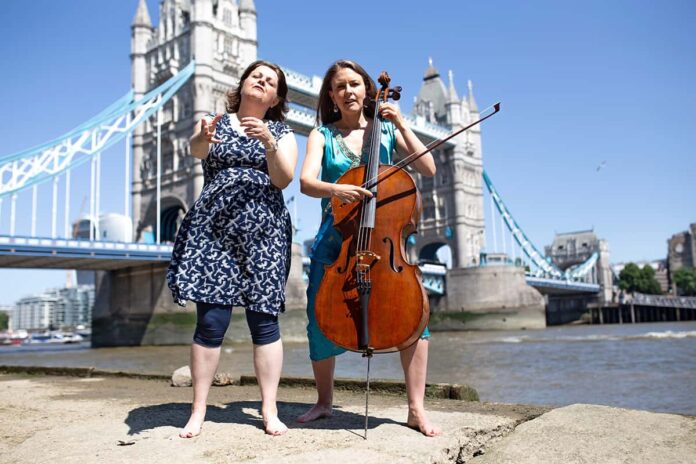 Long before rowing teams from Oxford and Cambridge universities first went head-to-head in what we now know as The Boat Race, young Thames watermen would line up their boats each summer and compete in a rowing race from London Bridge to Cadogan Pier.

The Race for Doggett’s Coat and Badge has been rowed by apprentice watermen since 1715, and is believed to be the oldest continually contested sporting event in the world that you have probably never heard of.

But “the working man’s race” – open only to those licensed to operate passenger and cargo holding boats in the river – emerged from underneath Oxbridge oars this week as one of the major events for the Totally Thames Festival.

The World’s Oldest Boat Race exhibition draws from recorded oral histories, photographs and never-before-seen archive material to paint a picture of the traditions, rowers and rivalries that have kept the race alive for more than 300 years.

The exhibition typifies the new and improved river festival, according to its director Adrian Evans, who has taken the event from “a weekend party by the river between Westminster and Tower Bridge” to a month-long programme of more than 100 activities and events showcasing Britain’s most famous waterway in its entirety.

“Our aim is to get people to think differently about the river – once people understand it better, they value it more,” Adrian says of the festival, which has been running in its current guise for five years.

“It was a massive shift geographically to conceive a programme that covers the entire length of the river, and getting the balance between outreach and education, heritage, archeology, art, and sport, but I think we’ve finally reached a level that I’m happy with.”

Other highlights include a floating poetry party, storytelling and music performances at various riverside locations, archeological walks and talks, and exhibitions inspired by international rivers of the world.

Activities stretch from Woolwich in the east to Kingston in the west, reflecting what Adrian calls a “new golden age” for parts of the river formerly considered eyesores.

“When I started working on the river it was very underutilised, most people thought of it in terms of its pollution, rather than as an asset, you wouldn’t catch many people on the Southbank.

“Now we get between 22m and 23m people every year walking between Westminster and Millennium Bridge, you only have to look at property prices to see how the river has regained its value from Richmond through to Barking. The Thames has definitely got its mojo back.”

And that mojo will be on show with a whole host of activities throughout Totally Thames 2018. Check out our top five:

One stormy night in 1715, Drury Lane Theatre manager Thomas Doggett engaged the services of a newly-apprenticed waterman to ferry him home to Chelsea. He was so impressed by the skills of the young rower, that he decided to start a race for watermen in the first year of their apprenticeship.

Thomas Doggett might be long gone but his race, and the first prize of a red coat embellished with a silver badge, lives on through the Worshipful Company of Fishmongers and is the subject of this fascinating exhibition of never-before-seen archive material.

The World’s Oldest Boat Race covers the history of the race during its heyday as a high-stakes betting events, the rise of rowing as a leisure sport, the rift between amateur and professional rowers and what working on the river means today.

The Masque of Blackness

Artist Epoh Beech explores the spirit of place in his captivating hand-drawn animated short film The Masque of Blackness to be projected on to the National Theatre flytower. More than seven years in the making, the 12-minute short draws from Joseph Conrad’s novella Heart of Darkness and Ben Jonson’s Jacobean play The Masque of Blackness to take audiences on a journey from West Africa to the Thames, with the help of an original musical score by Esben Tjalve.

The Danube River flows from the Black Forest to the Black Sea through 10 countries and passes ancient cities, modern metropolises, wild forests and rural communities, so it’s safe to say that Europe’s longest river has plenty of fodder for a tale or two.

Spoken word artist Sally Pomme Clayton and musician Emma Clare (pictured above) are teaming up to tell these stories through a programme of music and poetry that celebrates the river’s rich history, vibrant culture and the feminine mystique of ‘Mother Danube’.

Inua Ellams’ R.A.P Party rounds up top contemporary poets on a boat for a nostalgic showcase of hip-hop inspired works while cruising down the river on the Dixie Queen. Laurie Bolger, Anthony Anaxagorou, Danielle Dash, Tyrone Lewis, Ella Frears, Al The Native, Michelle Tiwo, Ross Sutherland and Theresa Lola are among those on the bill, sharing poems inspired by any aspect of hip-hop culture while the DJ spins the writers’ favourite songs. Come to listen or dance and leave inspired.

The Bascule Chambers beneath Tower Bridge have become one of London’s most atmospheric concert venues, and none know them better than Iain Chambers. The composer and sound artist was the first to stage a musical performance in the subterranean caves as part of Totally Thames in 2015, turning Tower Bridge into a huge musical instrument, using recordings from London Sound Survey alongside a composition for the brass of Docklands Sinfonia, and has been charged with curating the event for the festival ever since.

This year’s Bascule Chamber Concert is a programme of choral and spoken word performances featuring newly-commissioned vocal works by the internationally-renowned Marian Consort that explore the phenomenon of voice-hearing plus site-specific works from Rae Levine and Kuljit Bhamra.