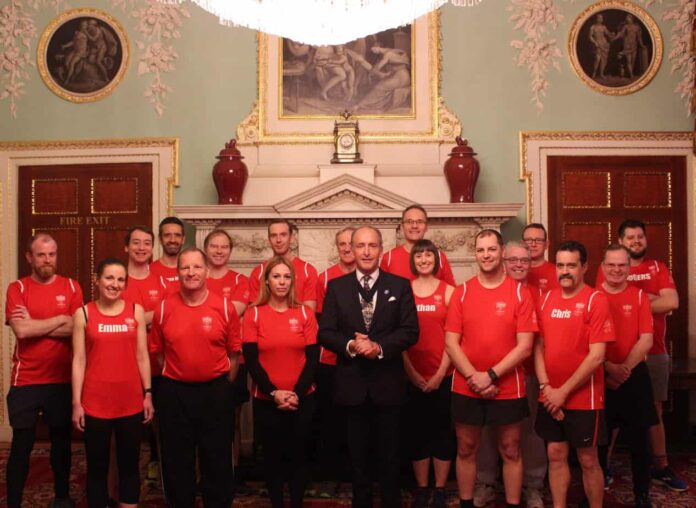 Seven of the bravest men and women who were first on the scene at the Grenfell Tower disaster have signed up to join the City Corporation’s London Marathon team.

The firefighters will join a handful of local authority employees in taking on the 26.2-mile course around streets of London on 22 April. The emergency response crew will be raising money for Solidarity Sports in memory of those who died in the tragedy, while the rest of the team are lacing up their running shoes in aid of the Lord Mayor’s Appeal, which supports various charities including the Samaritans.

Lord Mayor Charles Bowman was on hand to greet the team’s newest members, and hailed their heroics in combating last summer’s inferno.

He said: “This year we are privileged to have some of the brave firefighters who helped tackle the Grenfell Tower blaze in our team. I wish everyone running the very best of luck.”

A team from the Corporation has run every London Marathon since the first race in 1981.

The 21 Mile running club, which actively promotes the activity among staff, was formed in the late 1890s. Last year the team raised more than £12,000 for good causes.