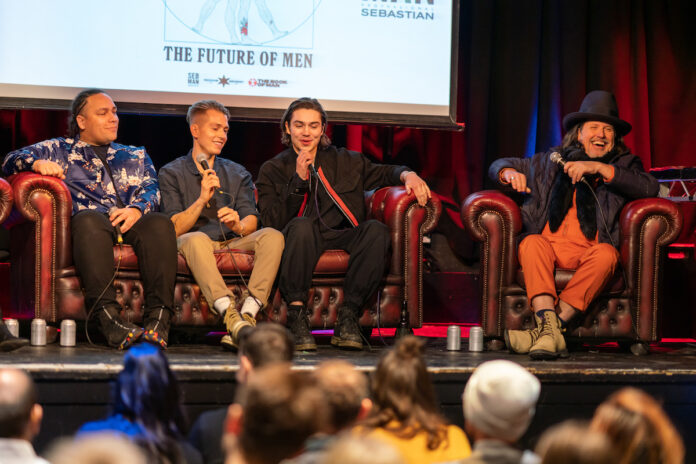 Masculinity is a bit of a dirty word these days.

In the wake of the #MeToo movement, men have been urged to rethink how they exist in the world and how they can create a modern form of masculinity which isn’t so ‘toxic’.

To help find a new path for men, or at least to better understand the future of men’s identity, The Book of Man has created the Festival of New Masculinity.

The Book of Man itself exists to explore the inner lives of men, with the ultimate objective to encourage them to open up and talk. Too often have men been afraid to express their personal feelings and problems, not wanting to seem weak. But this is a huge part of what is wrong with traditional masculinity; there is so little real talk.

This fundamental issue is cited for why men commit suicide more than women. It is also believed to be the main reason for why men lash out in violence and mistreat those around them. The Festival of New Masculinity has been created to open up the discussion among men and women, to better combat these societal issues.

The Book of Man and events team Super Culture are hosting 10 experiences throughout February and March at The Book Club and Hoxton Square Bar & Kitchen in East London.

Each event has been curated to highlight and discuss the challenges facing men today and will be an era-capturing celebration of new thinking around men.

‘Self-Care Sundays’ are one of the biggest features and are all about bringing people together for great food, stimulating discussions around masculinity, and even the odd talk about grooming treatments.

The 10 March edition will be centred around fatherhood and feature some brilliant guests talking about the changing ideas around being a dad. The Book Club’s Penis Gallery exhibition is one of the more alternative parts of the festival. It aims to talk of real men’s penises, to raise serious points about men and the relationships with their own bodies.

And, since the festival edges into International Women’s Week, organisers will be holding panel discussions around men’s treatment of women and how they can best overcome deep-rooted societal problems surrounding masculinity. They’ll also discuss how the #MeToo movement has affected dating, workplaces, relationships and comedy, as well as how men should keep checking in with themselves when it comes to treatment of women.

Founder of The Book of Man, Martin Robinson, said: “The Book of Man was launched as a support network for men with a mission to question old school masculinity and seek a freer, more nuanced new masculinity, which is less a performance and closer to who men really are as individuals.

“Since we launched last April, debates around masculinity have grown and are now all over the news – this perfectly-timed festival is an exciting opportunity to discuss the challenges facing men, and provides a positive platform to champion men and new thinking around masculinity.

“Fundamentally it is also a chance to bring people together in the real world and find connection and inspiration.”

The Festival of New Masculinity will be running until 19 March.