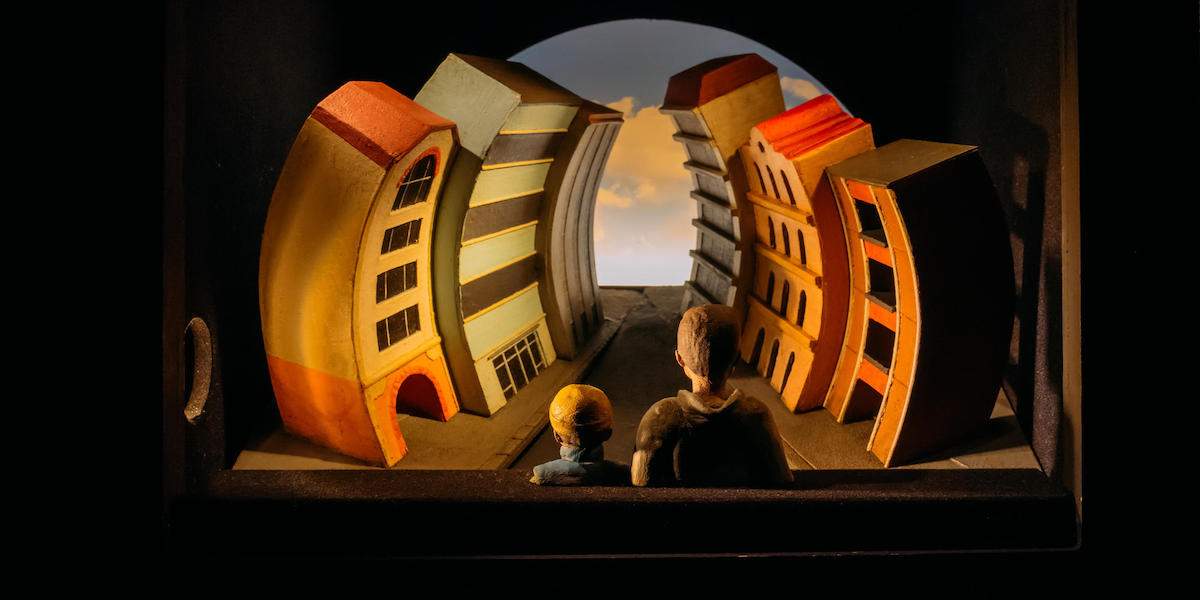 Vox Motus’ Flight is so different from any other kind of theatre ‘installation’ we’ve seen before. It’s like a sushi train, but instead of consuming raw fish as it passes, you’re eating up the experience of two orphaned boys making their way from Kabul to London as their story plays out on some sort of rotating conveyor belt stage.

Motionless miniature figurines and sets exist on a giant circular ‘stage’ right in front of you. Small scenes light up, one by one as the whole set rotates before you. The person sitting to your right (set in their own personal booth), sees the same scene just a few seconds before you. And the person on your right sees what you see, just after it passes your booth. It’s a bit hard to explain but we hope you get the gist.

And it’s all brought to life through your headphones. The orphaned brothers from Kabul, Aryan and Kabir, talk you through their journey as it happens – with the help of an immersive soundscape and a narrator.

With all of this, the story of these two boys trying to get to London by whatever means, is told. It is a brilliant piece of engineering which supports such an important story.

It gives a voice to all the people it represents. And shows us how the laws and institutions which control the movement of people create such danger.

It is a unique way to tell such a story. And is great for social distancing and the like as each person is isolated in their own booths which are sanitised between each visitor.

Flight is based on the Caroline Brothers’ novel Hinterland and is brought to London through the collaboration of both the Barbican Centre and the Bridge Theatre. You can book tickets and time slots online for £18.

The show is meant to run util 16 January, so long as the theatre is allowed to stay open under Covid-19 restrictions. Be sure to get your much-needed culture fix down at the Bridge Theatre while you can – you won’t regret seeing the 45-minute production of Flight.