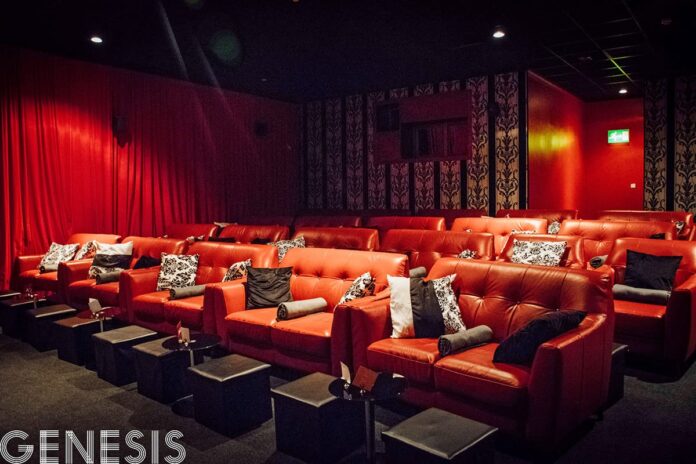 Saturday night at Whitechapel’s Genesis Cinema and, like every other big screen in London, the big showing is for IT, Andy Muschietti’s terrifying adaptation of the Stephen King novel that keeps clowns on the ‘do-not-cross list’.

Horror flick Mother and royal biopic Victoria and Abdul are the other big ticket showings, while Christopher Nolan’s Dunkirk is still floating around in the smaller Studio 5 for those who have been living under a rock all summer (or holidaying in Spain).

This cursory glance at the Genesis schedule reveals few distinguishing features about this independent cinema that, for 18 years, has served as the East End’s premier silver screen.

But dig a little deeper and you will find free screenings of cult hit Get Out and last year’s Academy Award winner Moonlight as part of its Black History Month, and French comedy In Bed With Victoria, this week’s feature from the year-long season #DirectedByWomen.

There is a live music and poetry reading; QueerBee, a collection of LGBTQ+ short films screened every month; and a showing of the Warren Beatty and Faye Dunaway classic Bonnie & Clyde for the classic price of £5.

The diverse programme serves as the backbone for Genesis’ mission to become London’s most inclusive cinema, a goal its alternative programming and outreach manager Michael Hall says is simple, in theory.

“Inclusivity is just about being aware of your community; of the people around you and of their needs, tastes and wants,” he says.

“It can take the form of anything from affordable ticket prices to programming LGBTQ+ seasons to creating a safer space for women at feminist film events.

“It means that we are open to the world around us, that we embrace diversity and that we are listening to our customers.”

In 2017, these efforts took the form of #DirectedByWomen, a year-long season dedicated to showcasing the work of female directors with a film each week, 52 in total. It is a season Michael says “had to happen”.

“We had been working with the F-Rating for a while and seeing the paucity of major films being shown that were actually directed by women,” he says.

“There is such a vast bank of female talent behind the camera – it’s there to be appreciated, the films are there to be shown – it’s just often the case that major studios and distributors don’t put their backs into promoting the talent. It’s not down to me to question why – it’s just down to us to show our support and do things differently.”

And while independent cinemas like Genesis, the Rio in Dalston and the Prince Charles in the West End, play a vital role in waving the flag for screening diverse and culturally aware film, inclusivity in the arts also comes down to access.

“Without wishing to cast aspersions, it is often the pricing of other cinemas that can make them appear exclusive, particularly in London,”

Michael says, pointing to their own offer of free tickets to those on low incomes, and low-priced specials on classic screenings and special events as a counterbalance.

October’s Black History Month screenings are all free in conjunction with a five-week lecture programme on James Baldwin, and include some of the biggest hits of the year like Hidden Figures and I Am Not Your Negro.

It’s a considerable commitment for a small scale operation, particularly in the face of this year’s business rate hikes, which hit London’s cinemas by an average of 25%, according to research from the UK Cinema Association.

Genesis owner Tyrone Walker-Hebborn warned price pressures were “inevitable” and in June raised ticket prices by around 50p, though at £5 on Monday to Wednesday and a tenner on weekends, the cinema remains one of the cheapest silver screens in the Capital.

Michael says that while the past 18 years have thrown up plenty of political and legislative challenges, the business remains resolute in its aim to “supply products and services to and for our entire community”. Still, they could always use a little help.

“The financial support is there for a lot of what’s perceived as the ‘high end’ of the arts,” he says.

“What I’d personally like to see is more money funnelled to accessible arts like the cinema, like small music venues and creative hubs, like community film groups and studios where young people can learn a craft and get involved in the entertainment industry.”