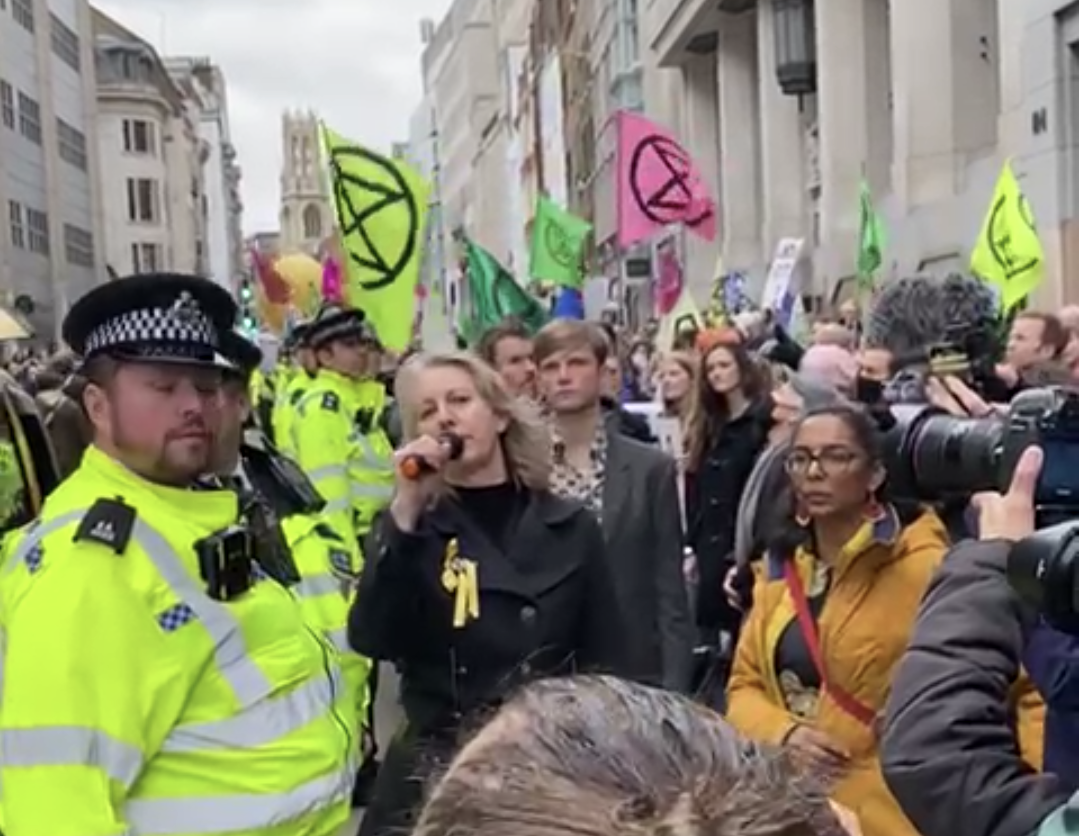 Extinction Rebellion protestors were out in force during the Lord Mayor’s Show, campaigning against climate change while all eyes were on the ceremonial parade through the City of London.

Campaigners attempted to halt the procession, but City of London Police officers were quickly on the scene to keep them separated from the parade.

Photographs taken by shocked spectators show officers dragging campaigners from the street. City of London Police confirmed the force has made ‘a number of arrests’.

We are aware of a group of protestors in the City today.

Officers are engaging with the group to minimise disruption. A number of arrests have been made.

Disruptions were reported close to Bank station, as well as on Fleet Street, where campaigners did successfully manage to halt the show. Later disruption was reported at Embankment as the Lord Mayor was sworn in at the Royal Courts of Justice.

One campaigner was filmed addressing the crowds with a microphone, while members of the public out supporting new Lord Mayor Vincent Keaveny as he took office met the disruption with a chorus of boos.

Campaigners carried banners and signs that read: ‘Cop has failed’. Protestors also had their own float, which depicted a ‘Hot House Earth’ surrounded by politicians, including the new Lord Mayor.

A simultaneous protest had been planned this morning in Glasgow, in which Extinction Rebellion protestors wanted to stage a mock funeral for COP26, commenting on its failure to make a meaningful impact in the fight against climate change.

Last week thousands took to the streets of the Scottish city, demanding increased and affirmative action on climate change.