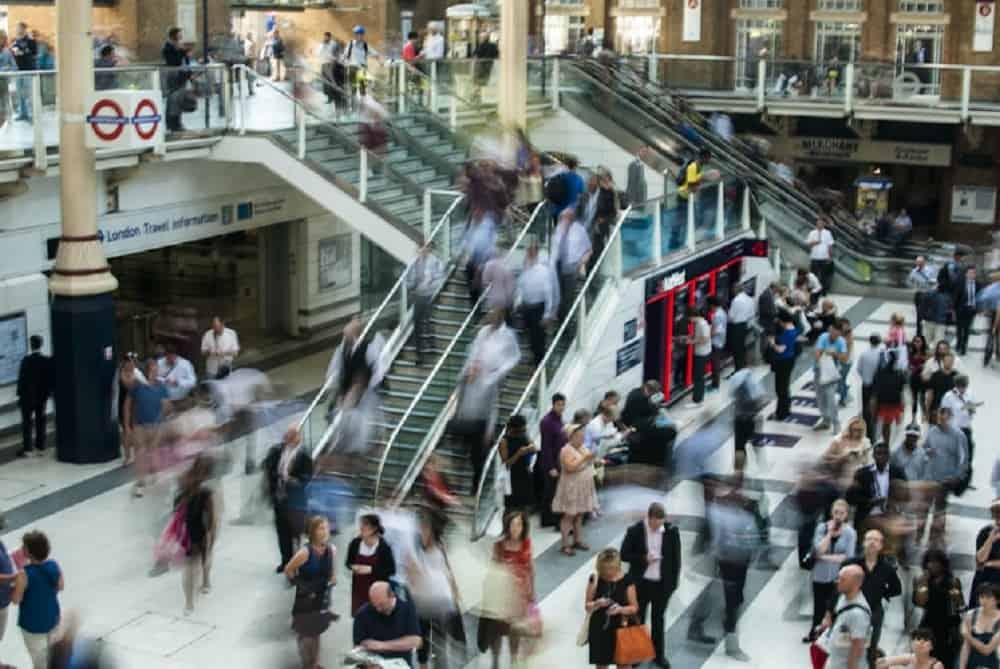 Experts have questioned a series of reports warning of an exodus from London.

In January this year, big four accountancy firm PwC published a report that claimed London’s population would fall by more than 300,000 in 2021, the first such decline in more than 30 years.

Increased home working, fewer job opportunities and a fall in international migration due to the Covid-19 pandemic and Brexit were seen as leading factors in the decline.

Fears of a mass exodus of people from London were further fuelled when a report from the Economic Statistics Centre for Excellence estimated that around 700,000 foreign-born residents had moved out of London between the third quarters of 2019 and 2020.

Claims of an exodus and the potential reasons behind it have been the subject of several studies and surveys over the past year and have shaped discussions about London’s economic recovery, but there are conflicting opinions on how big the issue is.

A recent survey conducted by the London Assembly’s housing committee found that around 15 per cent of Londoners were planning on moving out of the city as a direct result of the pandemic.

The self-selecting survey was of 393 people and responses were weighted by ethnicity and economic activity to represent the London population “as accurately as possible” using the 2011 census.

Meanwhile, another survey of 1,152 adults conducted by YouGov on behalf of the City Hall Conservatives found that almost a quarter wanted to move out of the capital, citing reasons such as the cost of housing and a lack of access to green spaces.

NOW READ: Calls for taskforce to tackle cladding crisis in the capital

Richard Brown, interim director of the Centre for London thinktank, said that using surveys and opinion polls to come to conclusions about London’s population movement can be “a little bit unreliable”.

He noted, though, that “we’ve not got anything better right now” in terms of measuring flows of people out of the capital.

Even the census, carried out last Sunday, could end up being “quite unrepresentative” if people were not in London at the time.

In terms of real data, figures released by estate agents Hamptons this week showed that London leavers purchased 73,950 homes outside the capital in 2020, which although slightly higher than the past four years, was not out of the ordinary.

But Richard Brown said that even those figures came with caveats.

He said: “On the one hand, you’ve maybe got more people wanting to move. But counterbalancing that, you’ve got the fact that, at times last year it was quite difficult to move, quite difficult to complete house purchases. And the data does suggest that transaction levels overall ticked up towards the end of the year, so the 2021 figures might show an increase. But there certainly wasn’t a mass exodus in 2020. What happens in 2021 is slightly speculative.”

He went on to say that it is important “not to turn 700,000 people leaving London into a fact, when it’s actually an estimate based on survey data”, referencing the report into overseas nationals leaving the capital.

But even that estimate has been questioned.

Ian Gordon, emeritus professor of human geography at London School of Economics, wrote in a blog post this week that the survey “exaggerates the actual scale of exodus” from London, and that contacting respondents by phone instead of conducting face-to-face interviews could have skewed results.

Crucially, Professor Gordon said that “somebody would have noticed” if that many people had left London in the space of a year.

Using a different method, he estimated that the number of overseas residents to have left London was closer to 40,000 than it was 700,000.

Professor Gordon said: “I think it makes a lot of sense to believe there might be more net out migration from London to the rest of the southern part of the country. I’m not sure about that, but I don’t think we have any real data about it.

“I think a lot of the talk about exodus is more geared to logic about where would British people or long-term overseas born people choose to live in the future if we were going to have, perhaps more pandemics, but also different styles of working and maybe not coming in five days a week and maybe some jobs moving out of London.

“There is an intelligible logic to that, but I think there is no data.”

He went on to say that drawing conclusions about why people wanted to leave London was also not supported by any data.

He said: “Every time there’s some kind of temporary fluctuation in the economy, which leads to ups and downs in flows out of London, there’s loads of stories around about how people are fed up with London life and you can see this in the data. But basically, you can’t. What you see in the data is much more conditioned by money and issues about how the housing market is working, than simply the motives of people.”

Typically, around 450,000 to 500,000 people move out of London every year with more people moving into the city, but as Richard Brown pointed out, “that may have been more challenging over the past year”.

Both Richard Brown and Ian Gordon were in agreement that nobody knows the true extent of any “exodus” from London and that it would be impossible to predict what will happen in the near future.

Long-term projections from City Hall, though, show that it is planning for more people in London rather than fewer, with the population estimated to exceed 10 million by the year 2050.