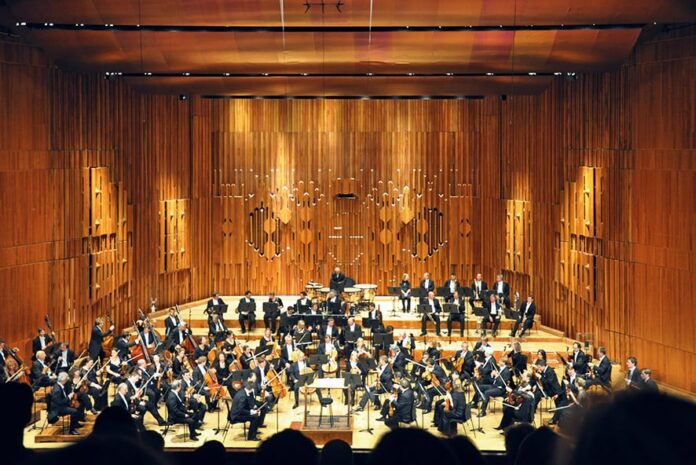 The City calendar is always full to bursting with things to see, do and experience each week. From festivals and food to concerts and community fundraisers, these are the top events in the City of London for 15 – 22 March, 2017.

CONCERT / St Stephen’s Serenade
The next instalment in a series of free concerts laid on by the Lord Mayor will arrive at St Stephen’s Wallbrook at the end of month, with two classical musicians on the bill. Jane Gilbert has played her flute, alto flute and piccolo in some wonderful parts of the world, performing as a soloist, in chamber ensembles, and as an orchestral player. This year has seen four performances in Argentina with The Tooting Broads flute duet, plus solo performances all over London and England. Neil Wright, meanwhile, plays organ, piano, harpsichord, harmonium and clavichord. Following several years as assistant organist of the Brompton Oratory, Neil was appointed organist of Farnborough Abbey, where he played for the Prince and Princess Napoleon on the 200th anniversary of Napoleon III. Neil has recorded works of Jongen, Franck, Berlioz, Guilmant, Dupré, Alain, Messiaen, Langlais and Ropartz.
31 March 5.30pm-6.15pm. St Stephen Walbrook, 39 Walbrook EC4N

EVENING OUT / Queer City: London Club Culture 1918-1967
The vibes of London’s most noted bohemian meeting place, The Caravan, will return to Shaftesbury Avenue thanks to the National Trust and the National Archives. Freud, the bar that now stands where the club once did, is offering a programme of themed talks, debates and performances that promise to capture the spirit of “queer club culture.” Evening openings will allow a number of ticket holders to enjoy club ‘membership’ for a night. So it comes as no surprise that booking essential.
Until 26 March, 11am-11pm Monday-Wednesday; 11am-1am Thursday & Saturday; 11am-2am Friday; and noon-10.30pm Sunday. Freud, 198 Shaftesbury Avenue WC2H 8JL

WALK / Blitz in the City
The Blitz was one of the most dangerous periods in recent London history. It changed the face of the skyline of the city forever and its impact can still be felt today. The Museum of London has now put the stories of that terrifying time of conflict and resilience into a guided tour. Hear emotive stories as guides explore the rebuilt streets ravaged by the destruction of the Second World War, and discover what life was like as Hitler’s Luftwaffe bombarded the Capital.
19 March, 2pm, Museum of London, 150 London Wall
EC2Y 5HN

CONCERT / Southbank Sinfonia
Kickstart your weekend with a free hour of daring music that stops you in your tracks. Ensembles from Southbank Sinfonia, an orchestra of young professionals, perform a selection of propulsive chamber music by some of the most inventive composers of the moment. Mason Bates, composer for the YouTube Symphony Orchestra, mixes string quartet with jagged electronic beats in Rough Math, while Kanye West collaborator Caroline Shaw’s Entr’acte is fuelled by subtle rhythmic shifts.
17 March, 5pm. Southbank Centre, Belvedere Road SE1 8XX

CONCERT / New London Children’s Choir 25th Anniversary Concert
The New London Children’s Choir celebrates its 25th anniversary with new commissions alongside choral favourites by Britten and others. Over the past 25 years NLCC has built a tradition of commissioning new music for children’s voices. Previous composers include Joseph Phibbs, Tansy Davies, Diana Burrell, John Woolrich and Gary Carpenter. This tradition, as well as contributing to the body of music available for children’s voices, ensures that choir members have valuable experience working with composers in bringing new works to life. And so it’s fitting that the choir’s 25th birthday be marked by a new body of work.
19 March, 7pm. Barbican Centre, Milton Court Concert Hall, Silk Street EC2Y 8DS

FESTIVAL / London Beer Week
City bods don’t need a second invitation to pitch up at the boozer, so employers watch out for London Beer Week. Now we know the Oval is a bit of a schlep compared to skipping around the corner to the office local, but organisers behind this week-long salute to ale, lager, cider and, of course, beer will sit well with all who make the journey over from E1. Established favourites will be served up side-by-side with offerings from up-and-coming brewers, and with a timetable crammed full of pop-ups, parties, brewery tours and supper clubs there’s something for everyone. We’ll drink to that.
Until 19 March, see drinkup.london for full programme details and ticket information. Oval Space, The Oval E2 9DT

EXHIBITION / Londinium AD 43
Eugenio Grosso takes you on a photographic journey through time from the foundation of London to the present day. By overlapping Roman and contemporary maps, a shared geography emerges showing how much of the Roman settlement has been preserved through the centuries. The exhibition displays photographs of areas once home to significant Roman sites providing a new perspective on ancient London. Monday to Friday 9.30am to 5pm; Wednesdays until 7.30pm. Open alternative Saturdays, go online for more details.
Until 31 March. Guildhall Library, Aldermanbury EC2V 7HH

CONCERT / Guildhall Symphony Orchestra
Pietari Inkinen conducts the Guildhall Symphony Orchestra in Lorin Maazel’s extraordinary arrangement of Wagner’s famous Ring Cycle, which contains all of the drama but none of the words. Clocking in at a fraction of the length of the epic original, every note in this orchestral arrangement is written by Wagner himself, and takes in all the highlights, from Das Rheingold through to The Ride of the Valkyries and Götterdämmerung. Admission is £10-£15 or concessions £5.
15 March 7.30pm. Barbican Centre, Barbican Hall, Silk Street EC2Y 8DS