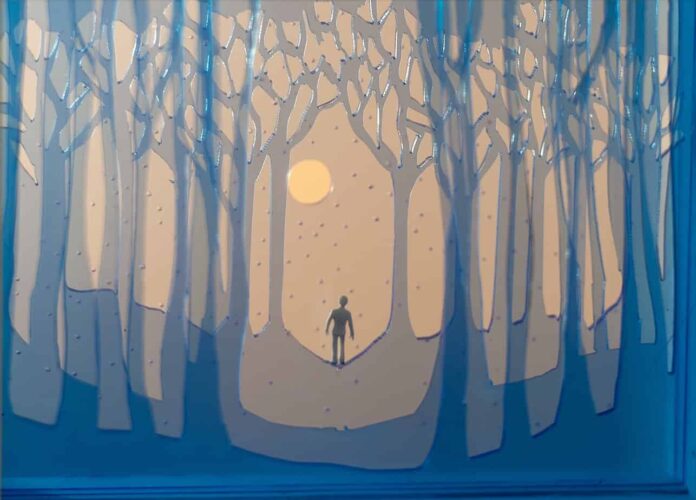 As far as wartime artefacts go, spectacles and saddles aren’t generally considered to be the heavy hitters. But these everyday objects are vital in building new connections with Britain’s military past, according to artist Jane Churchill, who has built an immersive exhibition around items from the trenches which opens at the Guildhall Art Gallery this month.

Echoes Across the Century explores the First World War through the trades on the homefront that kept the war effort going. It also features the work of more than 240 students from schools across London who worked with Jane to develop artistic responses to everyday objects from the battlefront.

Installed within an artistic representation of a trench, the exhibition features around 600 individual works ranging from planes and paper moths acting as a memorial to those who lost their lives, to apothecaries’ cabinets, tobacco tins and cooks’ matchboxes illustrating a ‘behind-the-scenes’ look at life at the front.

At the heart of Echoes is Jane’s own work, Six Degrees of Separation, which traces the life of her great uncle Lieutenant William Goss Hicks who was killed in France in July 1917, leaving a life in Kent and a fiancée, Jessie, to whom he never returned.

The project is made up of a few remaining artefacts from the soldier’s life and her artistic responses to them; a process she used with the students in developing Echoes as a broader exhibition.

“A lot of these kids don’t have a personal connection to the war like I did, so it was really about using everyday objects that they could touch and interact with to try and stimulate an emotional response. I am a big believer that when you touch an object you can see its human traces, and this allowed them to put themselves in the situation of a person who is away from home, away from their loved ones, and really access that empathy.”

The exhibition was financed through a £99,800 grant from the Heritage Lottery Fund, and delivered in partnership with Livery Schools Link and the City of London livery companies, which worked with the students to research artefacts and unpack the stories behind them.

Eleven different groups of trades feature, covering everything from playing cards to propaganda. It is a bit of a departure from most of the artistic representations of the First World War marking its centenary, but Jane says the technique of honing in on “the little things” is a way to give focus to an incredibly broad subject matter, pointing out “you can start with spectacles and work your way out from there”.

Guildhall Art Gallery curator Katty Pearce says the exhibition is “different from anything we’ve ever had before”.